British schoolgirl who left the UK to join ISIS will...

Shamima Begum, the schoolgirl who let the UK to join ISIS and now begs to return for the sake of her child, has been deprived of British citizenship.

In a letter to Shamima Begum‘s family from the Home Secretary’s Office, it was revealed that an order to revoke Shamima’s citizenship has already been made because the safety of Britain is a priority. 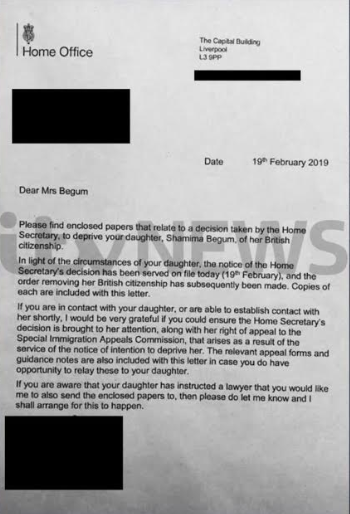 The letter was obtained by ITV and shared online and it generated mixed reactions with some approving while some said Shamima was born in the UK and has certain rights. 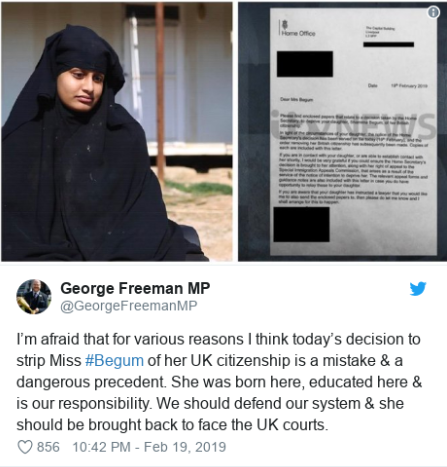 A statement from the Home Office regarding Shamima Begum case reads:

In recent days the Home Secretary has clearly stated that his priority is the safety and security of Britain and the people who live here.

In order to protect this country, he has the power to deprive someone of their British citizenship where it would not render them stateless.

We do not comment on individual cases, but any decisions to deprive individuals of their citizenship are based on all available evidence and not taken lightly. 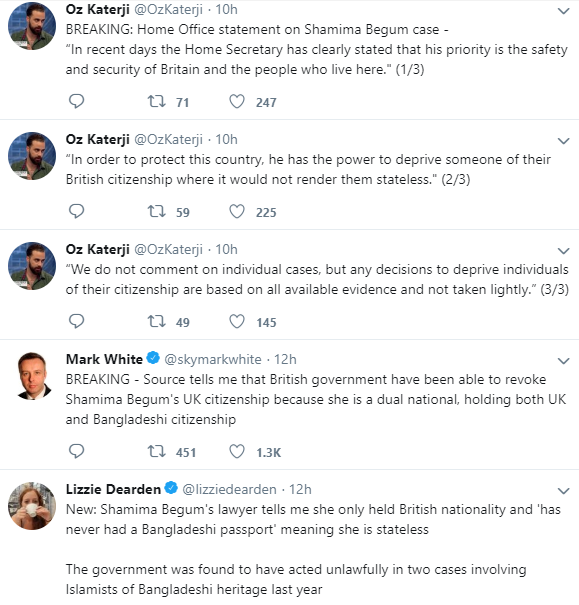 Shamima Begum’s lawyer Tasnime Akunjee said they were “disappointed” with the decision and were considering “all legal avenues” to challenge it.

Family are very disappointed with the Home Office’s intention to have an order made depriving Shamima of her citizenship. We are considering all legal avenues to challenge this decision.

Shamima Begum left east London in 2015 when she was only 15. Now 19, Ms Begum was found in a Syrian refugee camp last week after reportedly leaving ISIS’s last stronghold, Baghuz. She begged to be allowed to return to the UK to have her third child after her two other infant children, conceived while she was married to an Islamist fighter, died. Her third child, a son, was born at the weekend.

But the letter sent to Ms Begum’s mother asked her to inform her daughter that her UK citizenship has been revoked.

Shamima Begum is now stateless. She is believed to be of Bangladeshi heritage but she said she did not have a Bangladesh passport and had never been to the country. 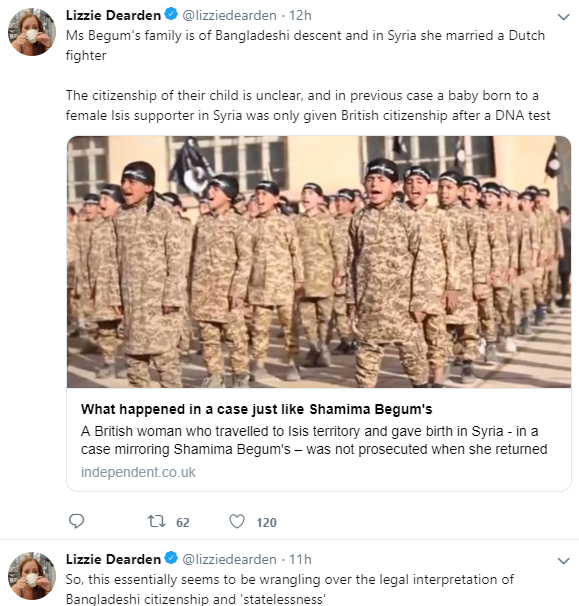