Police raid the home of two men said to be...

Chicago Police Spokesman, Anthony Guglielmi has revealed that the two men investigators have questioned as persons of interest in the alleged attack on actor Jussie Smollett, are Nigerians who have also appeared on the show “Empire”.

In a tweet on Thursday, Guglielmi said “the people of interest are alleged to be in the area where a crime was reported. They are not considered suspects at this time.”

The men are Nigerian brothers and were questioned by police after flying into O’Hare airport from Nigeria on Wednesday evening, Guglielmi said. Police said they searched the men’s apartment two nights ago. 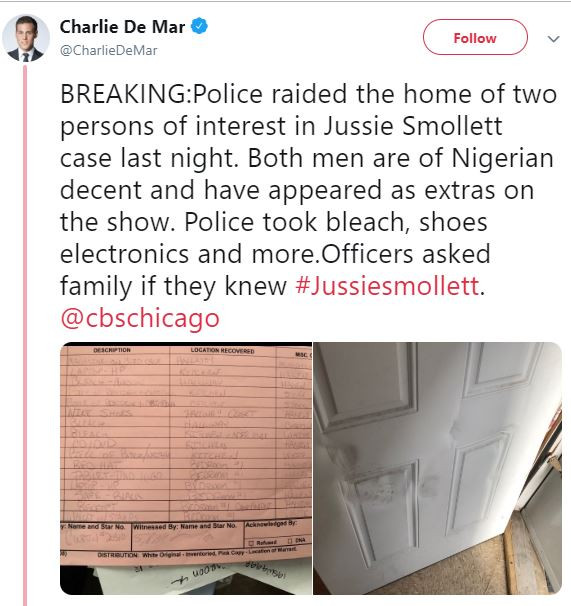 Smollett, one of the stars of “Empire,” told authorities he was attacked early January 29 by two men who yelled “racial and homophobic slurs.” He alleged that one attacker put a rope around his neck and poured an unknown chemical substance on him before running away. Police previously released surveillance images of two people they said were wanted for questioning