Priyanka Chopra says she ‘freaked out’ and had a panic...

Priyanka Chopra said that just before walking down to aisle to marry Nick Jonas, she freaked out and had a panic attack.

The former Miss World said that right at the point that her 75-feet veil was attached so she could walk down the aisle and get hitched, she suffered a panic attack. She said she only relaxed as soon as she saw her groom. 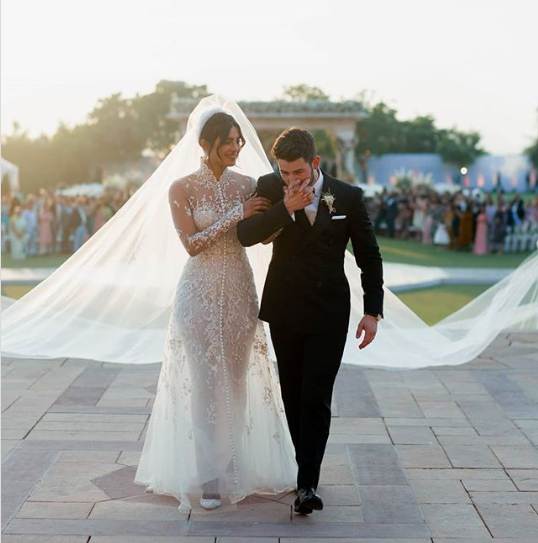 I kind of had a freak out moment right before I was supposed to walk down the aisle.

I remember them putting the veil on me and the veil was like 75 feet…, but I had a freak out moment when I was standing behind the curtains.

They were going to tell me when to walk out and the music was going to start playing… I just started having a panic attack.

Then the doors opened and I saw [Nick] and I cannot forget that moment.

Speaking on why she chose to add Nick’s surname to hers, the actress told Jimmy Fallon:

I always wanted to add his name to mine because I feel like, we’re becoming family. I’m a little traditional and old school like that. But I don’t take away my identity, it’s added to who I am.