John Barnes defends Liam Neeson after he was criticized for...

Liam Neeson has been greatly criticized after he revealed that he once wanted revenge so bad after his friend was raped by a black man that he spent a week looking for a black man to step on his toes so he could kill him.

A lot of people have called Liam Neeson a racist for opening up about his feelings. But John Barnes has defended Liam.

Liam’s statement which caused the controversy was made during a press junket for his new movie Cold Pursuit. He narrated how he found out that a black man had raped his friend and he was consumed with the need to take revenge.

He told The Independent:

I went up and down areas with a cosh, hoping I’d be approached by somebody – I’m ashamed to say that – and I did it for maybe a week, hoping some [Neeson gestures air quotes with his fingers] “black bastard” would come out of a pub and have a go at me about something, you know? So that I could… kill him.

Even though Liam said he later realized revenge was not the answer and it would do no good, he was called a racist and was greatly attacked.  People even called for him to have his OBE stripped. 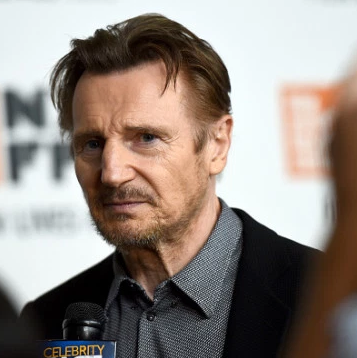 However, John Barnes has praised Liam for realising what was wrong about his thoughts.

I believe that Liam Neeson deserves a medal and I’ll tell you why. I’ve listened to the transcript, and he was talking about how revenge doesn’t do anyone any good. If you listen to everything he’s talking about, he’s saying that in the moment, and you can’t blame him for thinking what he feels, this is what society has wrongly shown him that black people do.

He said for a week he was going around looking to kill a black person, or a black b******, and he did do it in quotation marks. It’s been spun – if you want to think about what he’s actually saying, he’s saying he was ashamed and horrified by the way he felt.

That is what he went on to say, you cannot blame him for thinking that. For this one black person who raped this woman, he went on to look at it that all black men were rapists. As much as people are now jumping on this bandwagon, he has come out and told the truth.

Now, the big problem we have is when people are afraid to admit the way they actually feel. I have more respect for him now than had he come out and said “I view all black people as equal, I just view everybody as equal.”

What he said was, for a week, because of the stress he was under when his friend was raped by a black person, and because of the narrative around black people, and this is many years ago, “surrounding the perception we have of them, I then wanted to kill every black person”.

I always say, we are all unconscious racists, and he said, unconsciously for a week and a half, that is how he felt. The big problem we have is that this witch hunt is going to stop the process of people, as in Rwanda, talking about truth and reconciliation, holding our hands up and saying “I am unconsciously racist”.

Barnes then went on to ask why people didn’t think the same of Winston Churchill, a white supremacist. 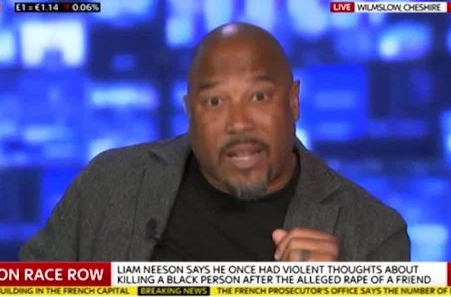 When asked if Liam Neeson’s OBE should be stripped as people suggest, the football legend replied:

So let’s take down that statue of Winston Churchill – who is a white supremacist and a mass murderer.