Nigerian man calls out his parents after finding out he...

A young Nigerian man has taken to Facebook to express his shock and disappointment after finding out his parents hid his twin brother from him since birth.

Emmanuel Rowland, pictured right, said he was heartbroken as he thought he was an only child, not knowing he had a twin brother who was taken by his father after their birth because his parents decided to seperate.

According to Emmanuel, he found out about his twin brother in August 2018, after his father had called to inform him. The pair reunited after 21 years and Emmanuel now refers to his brother as the best twin brother in the world. Read his post on Facebook below;

Have Been in tears have been in pains my mumy..y. do you have to hide my twin from me
2016 one of my aunty said Emmanuel u have a twin jst lk a joke I took it, I didn’t ask 4da

Since 1997, I grew up with no siblings no sister no brother, she doesn’t even knw how hard it was 4 me growing alone mum y….mean while I had 1 hidden from me chai. Nigerians are wicked oh GOD

Last year 2018 August 8 I received a call from dad, tho we ain’t close so we don’t communicate due to mummy and daddy issues.

We spoke 4 an hour explaining things to me how der got separate and how she took me and gave my brother to dad this so sad that have lived without a broda not jst a brother a twin my twin. I wish der wer in my shoes,der 4 knw say it wasn’t ez…I needed som1 to be der 4 me stand by me laf with me and joke/cry with me, BT thanks to GOD I went to Cali we did the introduction

And now we the best twin bro in the world. 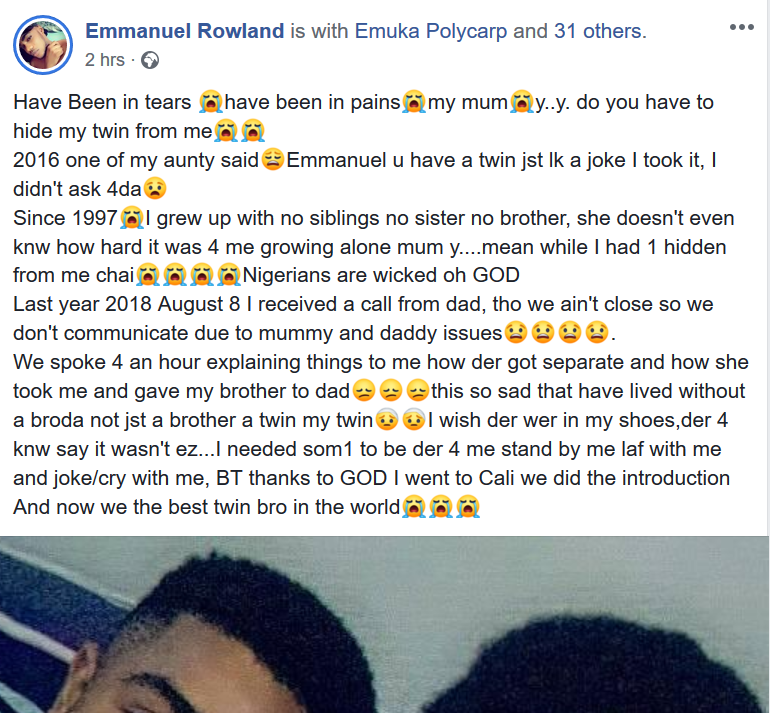 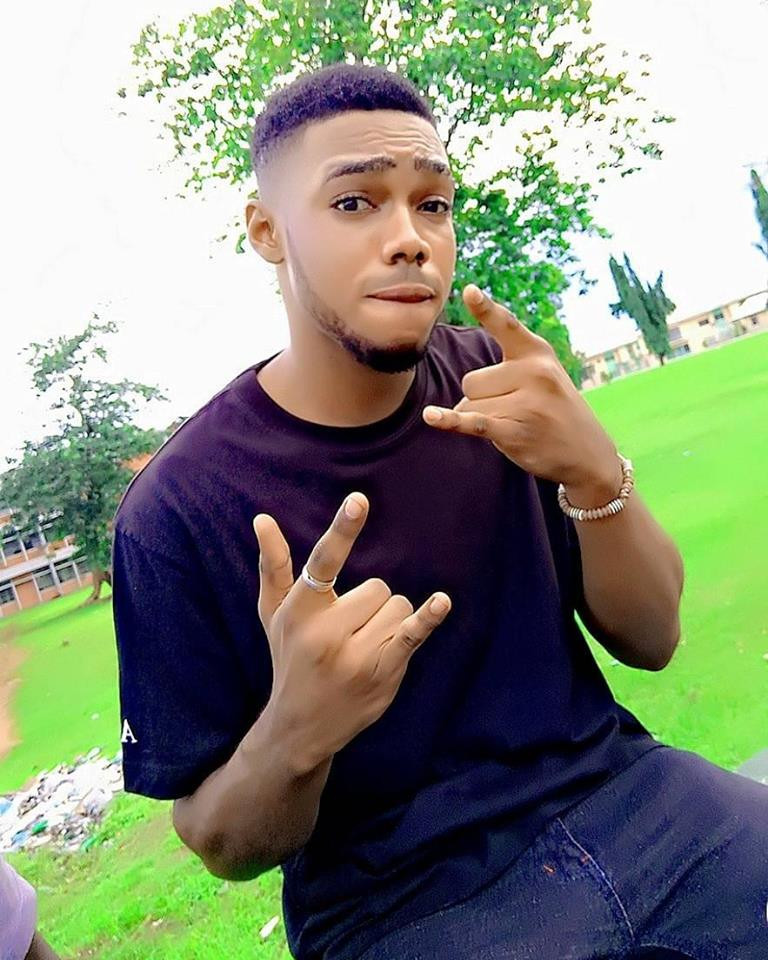