Kevin Hart enjoys quality time with his family as they...

Comedian and actor, Kevin Hart enjoyed a quality family day out as he took his wife Eniko Hart, 34, and two children Heaven, 13, Hendrix, 11, to watch the basketball game between Philadelphia 76ers and the Los Angeles Lakers in California on Tuesday. 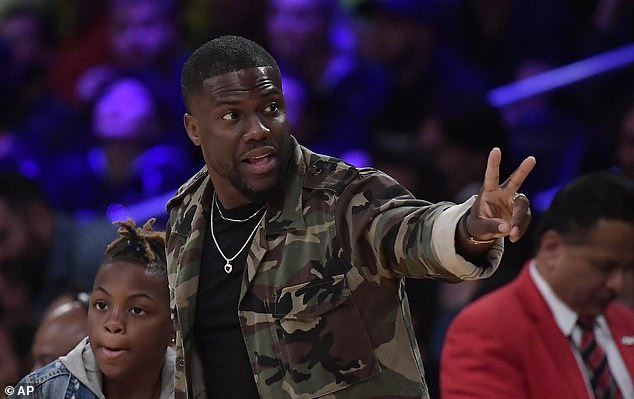 The Think Like A Man actor and his family who were stylishly dressed for the game sat courtside as they cheered on his home team 76ers, who won 121-105 to the Los Angeles team. 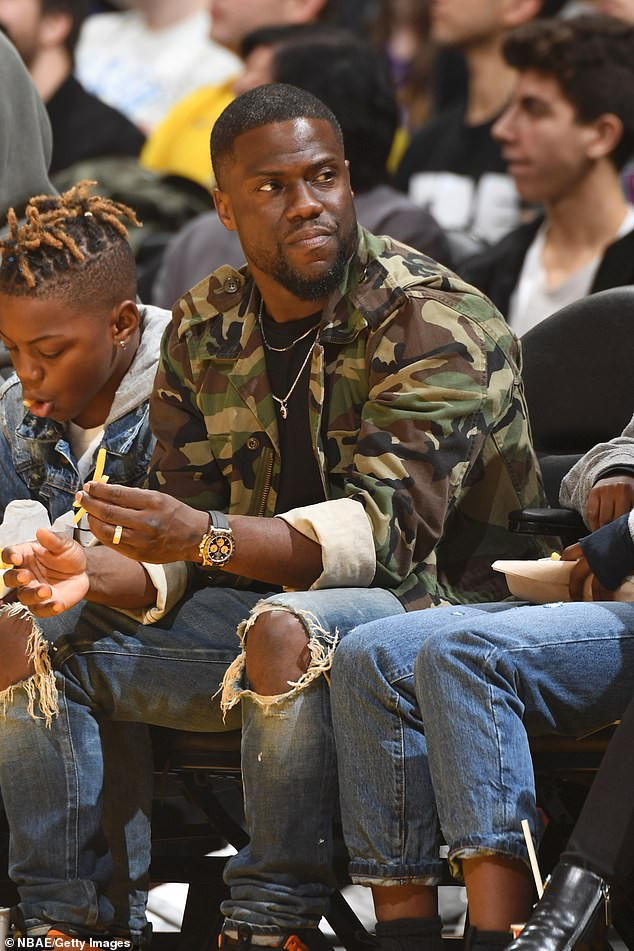 Kevin shares Heaven and Hendrix with ex-wife Torrei Hart, 40, who both finalized their divorce in November 2011 after more than seven years of marriage.??????? 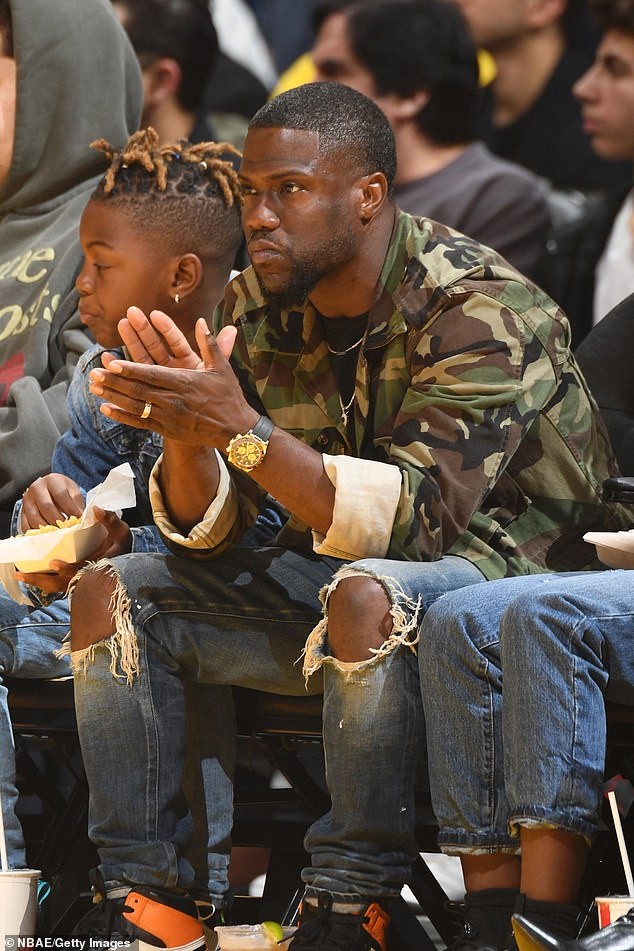 The star is now married to Eniko Hart, who is the mother of his third child, Kenzo Hart, 1.