Kemi Adetiba reacts to the outrage generated by Falz’ comment...

Falz was called out for slut-shaming ‘runz girls’ in his latest song ‘Talk’ and he replied by saying he hates ‘transactional sex’.

But social media users still criticized Falz for being one-sided with his criticisms. He was told that men also engage in transactional sex but he doesn’t attack them. He was also criticized for not attacking the men who employ the services of the runz girls.

The debate has been going on for days and Kemi Adetiba has now given her opinion on it.

The director wrote that she will not be bullied to accept that what is wrong is right. She said she wouldn’t want anyone she knows to engage in transactional sex, hence, she won’t support it. She, however, pointed out that both the ‘transactor’ and the ‘transactee’ should be called out and both do not deserve her respect.

Read her opinion below. 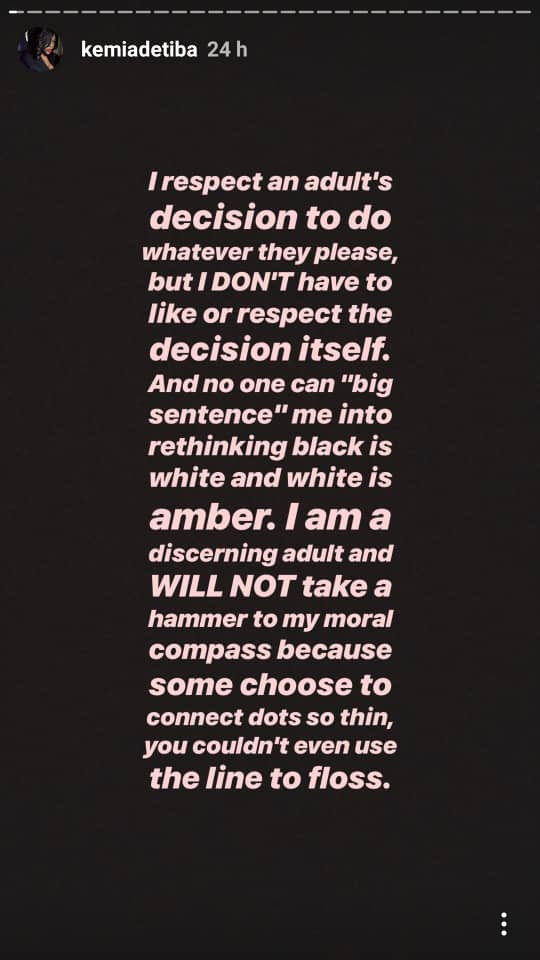 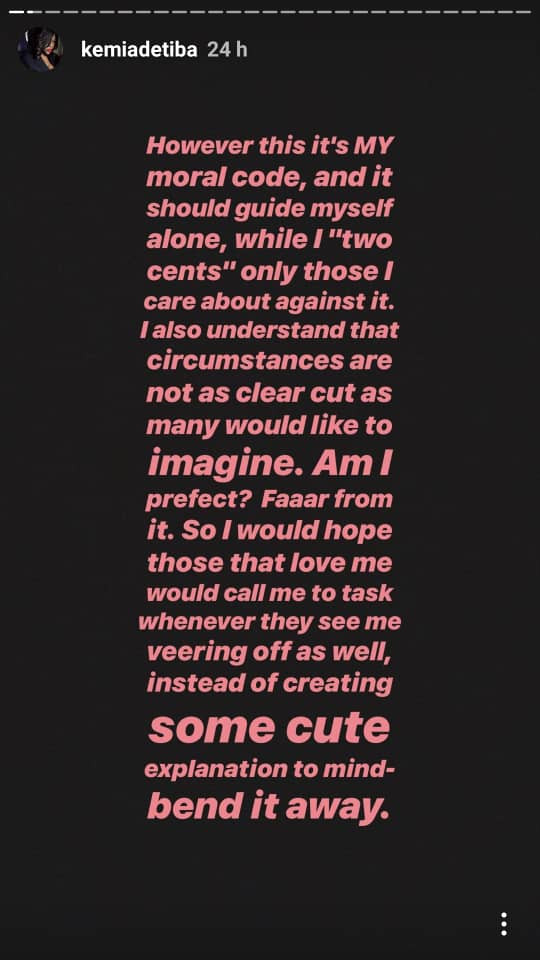 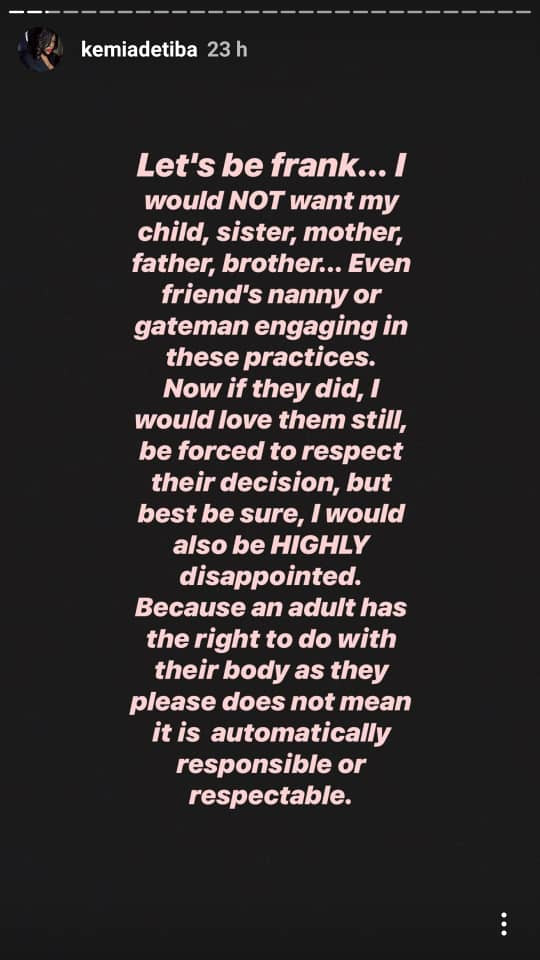 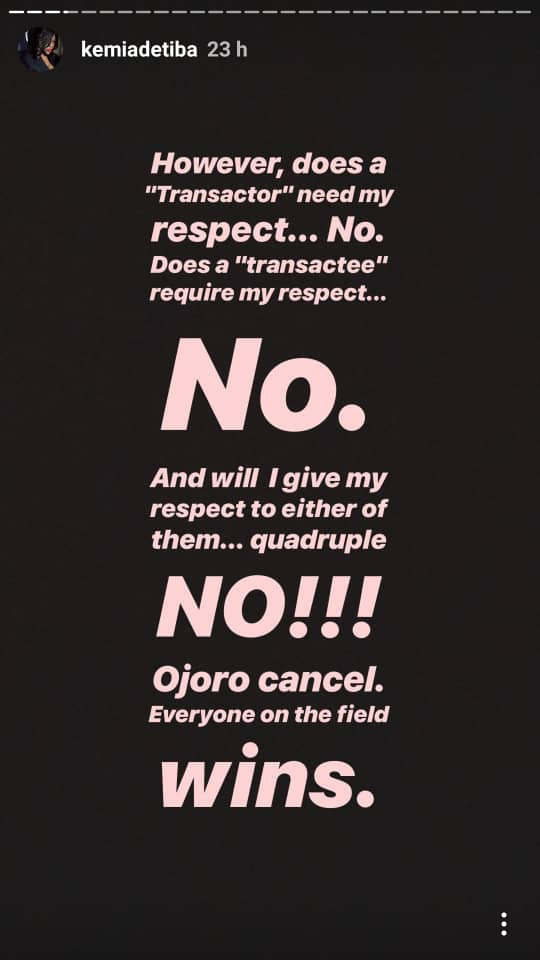