Nick Cannon’s protegee slits his throat and immediately gets shot...

23-year-old Ryan Bowers, one of the young artists signed by Nick Cannon, is in critical condition after he slit his own throat then got shot at multiple times by cops.

It was revelaed on Monday that a 23-year-old man is fighting for his life after a grisly incident in the Midway District. It was later revealed that the man is Ryan Bowers – a rapper, writer, and singer.

Ryan Bowers, who Nick Cannon said was troubled, allegedly cut his throat with a knife and pulled out a different knife from his jacket pocket once officers arrived at the scene, said San Diego Police Lieutenant Anthony Dupree. 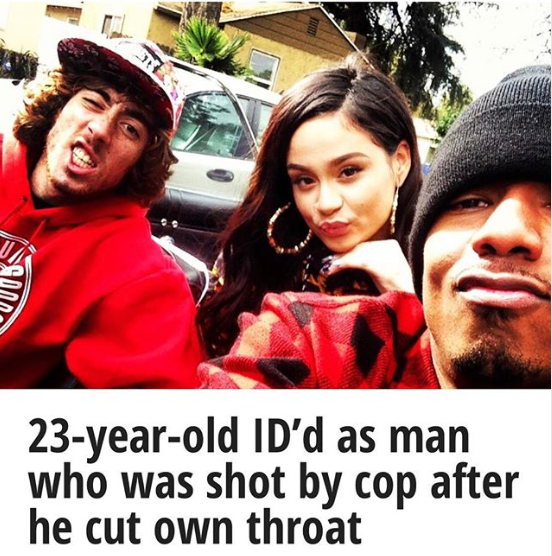 Dispatchers received a 911 call around 9:45 p.m. Thursday from a person reporting that they managed to get a knife away from  Bowers after he used the weapon to cut his throat at a residence in the 3100 block of Cauby Street, Lt. Dupree said.

Officers responded to the location and family member of Bowers let them into the apartment and led them to a back bedroom, Dupree said. When officers approached the man in the bedroom he allegedly pulled out a knife from his jacket pocket and raised it up toward officers.

The officers then drew their weapons and ordered the man to back up, but the man continued to advance on the officers with the knife pointed at them, the lieutenant said.

One of the officers then fired his weapon at the man, striking him at least once in the upper body, Dupree said. 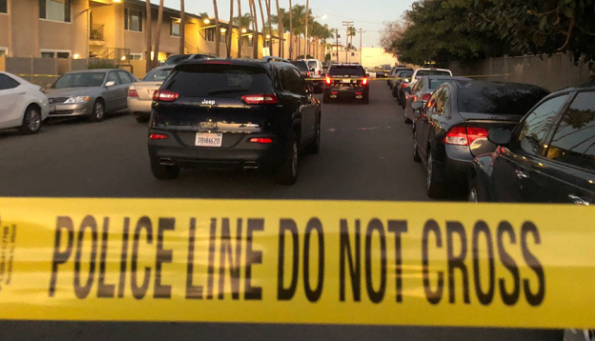 This honestly hurts my heart to have to post this right now, but I’m just requesting prayers and positive energy for my young guy! @RyanBowersOB has to be one of the most talented and gifted youngsters I’ve ever met but more importantly one of the most resilient and strong spirits I’ve personally witnessed. He had such a troubled and haunted journey when I first signed him that I wasn’t aware of because he did it all with a smile. One of the nicest and sincere kids you could ever meet. About 5 years ago I created a alternative rap group for him and @Kehlani along with a few other talented young artist called “PWD”. They were all so dope that I invested hundreds of thousands of dollars in them. They toured with @therealtechn9ne and even performed on Wildnout, at SXSW and other festivals. And Bowers was the energy of the group, a writer, rapper, singer, skateboarder.?! The kid could do it all, but like most of us he had his own demons and darkness that he struggled with. We would often talk about God and Spirituality and he got to a place where it all was confusing for him and he couldn’t trust anyone. I told him I would always have his back and would be there for him so when I got the call today that he slit his throat and then immediately after the San Diego police shot him numerous times. My heart sunk. Through the grace of the Most High Ryan Bowers is still here with us, but he needs your prayers and positive energy. I promise you if my guy pulls through I will make the world know him and appreciate his amazing journey and gifts!! I love you my dude! I know you are going to pull through! ?? 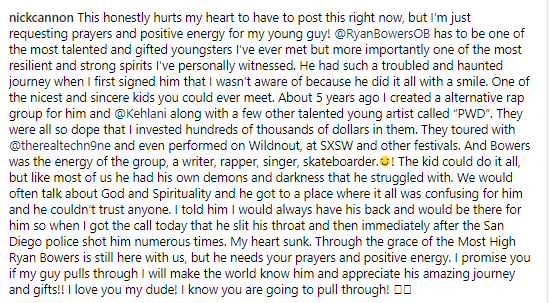