All You Need To Know About The Two Men Arrested...

Two men have been arrested and charged with the murder of 7-year-old Jazmine Barnes who was shot dead in a drive-by shooting in Houston last week.

Larry Woodruffe, 24, and Eric Black, 20, have been arrested and charged with capital murder. 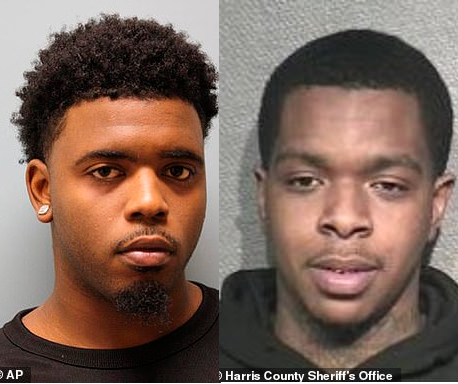 The case was initially being viewed as a racially motivated attack after Jazmine Barnes’ family described the gunman in the December 30 slaying as a white man driving a red pickup. But, with the arrest of Woodruffe and Eric Black, both black men, prosecutors have said the child’s death was more a case of mistaken identity.

Barnes was riding a car with her mother, LaPorsha Washington, and her three sisters when shots pierced through their vehicle at around 6:50 am last Sunday. Washington was struck once by a bullet to her arm. Washington says when she turned around to check on the children in the backseat, she saw Barnes had been shot in the head. 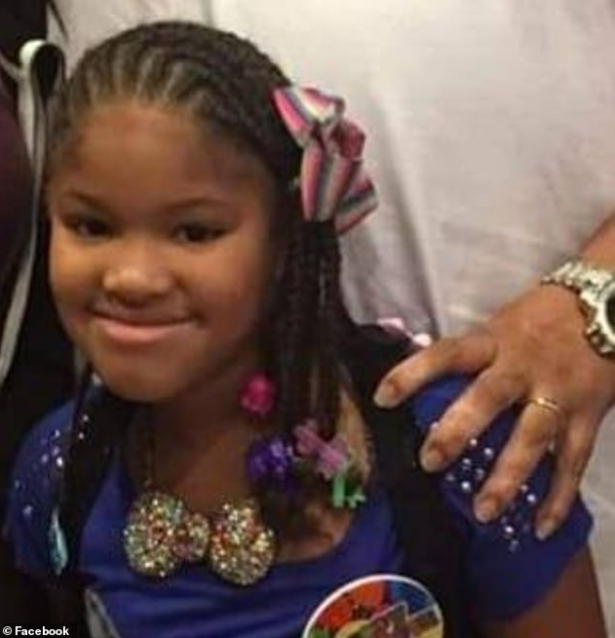 Eric Black Jr was arrested and charged with capital murder on Sunday.  Investigators said Black was arrested without incident after receiving a tip and he later admitted to the shooting. He allegedly told authorities those involved shot at the wrong vehicle by mistake. The second suspect, Larry Woodruffe was arrested shortly after and has been taken into custody.

The Barnes family’s lawyer, Lee Merritt, released a copy of Woodruffe’s mugshot on Sunday and said he is ‘believed to be the shooter’.

It has emerged that civil rights activist Shaun King was the one who passed on the tip that led to the capture of Black. 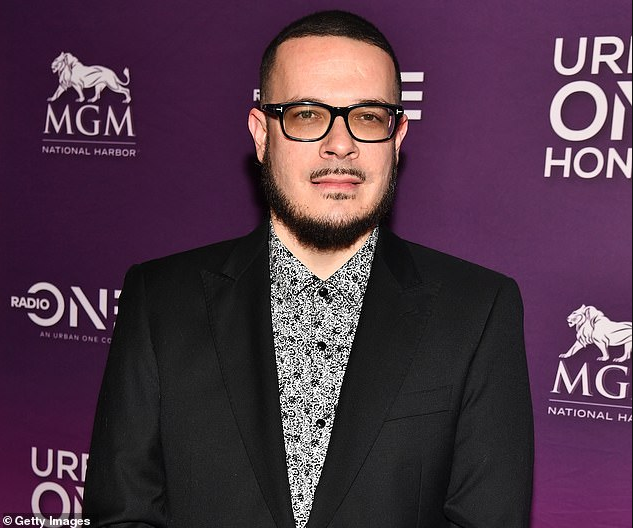 Black was stopped by police on January 5 for failing to signal before changing lanes and officers subsequently found marijuana in his car.

When he faced court for the signal and drug violations, it was revealed authorities had received an anonymous tip that said people with the initials ‘EB’ and ‘LW’ were responsible for the shooting, ABC News reports. 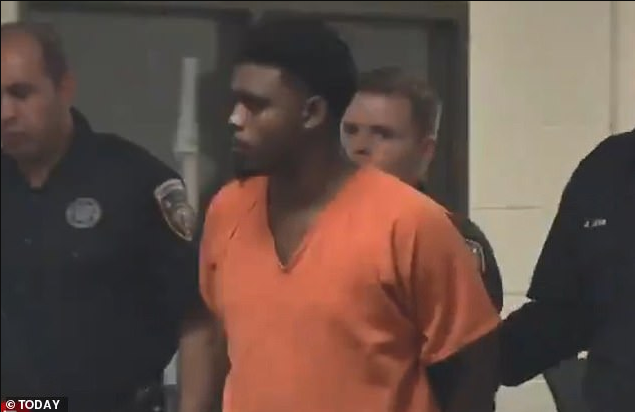 Sheriff Gonzalez revealed on Sunday that Shaun King was the person who phoned in the tip that he had received with names of the alleged shooters. 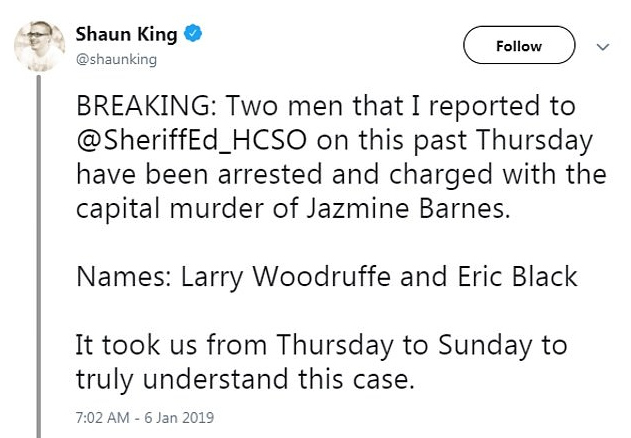 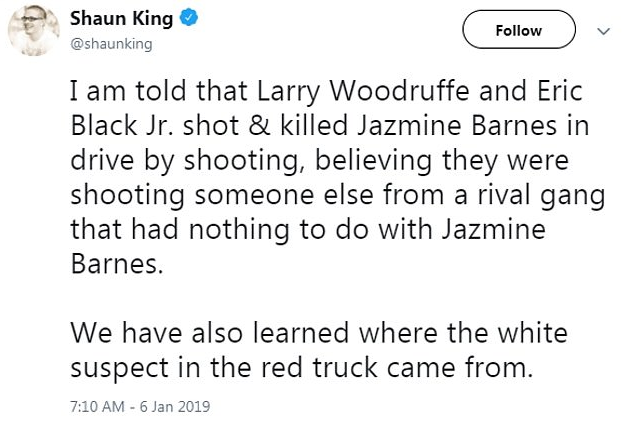 Black later allegedly told police that he owned a pistol, which is said to have matched the casings found at the murder scene. 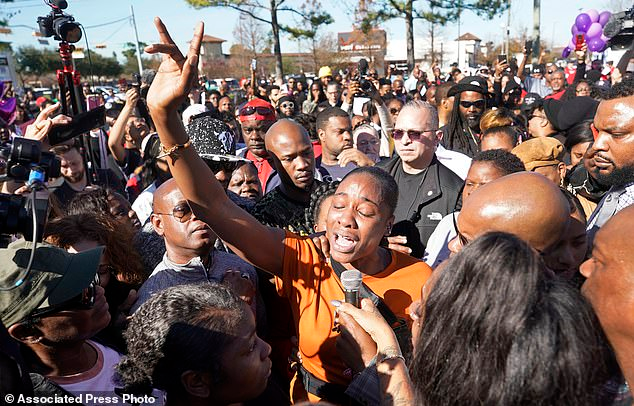 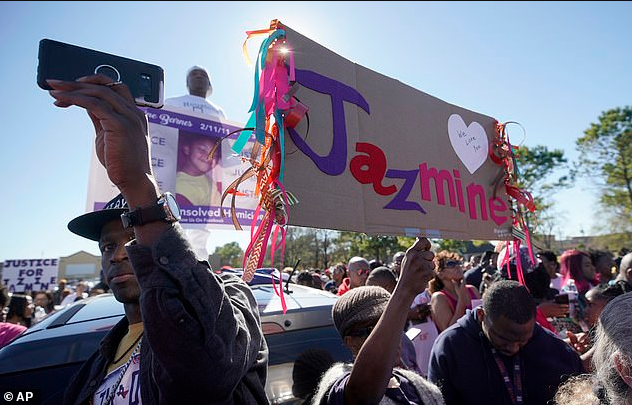