(graphic photos/video): Man begs God to take his life as...

A young man is reportedly pleading for God to end his life after he was involved in an accident while selling bread in the middle of the road in Ajah, Lagos.

The accident took place yesterday, December 18, at Abraham Adesanya estate, in front of Jefferey’s Plaza, Ajah, at about 2 pm. It left one of his legs terribly crushed that his bones and tissues were visible.

According to witnesses, he was begging God to take his life after the accident.

The victim has a pregnant wife in Ibadan but came to Lagos to make some money hawking on busy roads.

He has now been taken to Igbobi General Hospital for treatment. 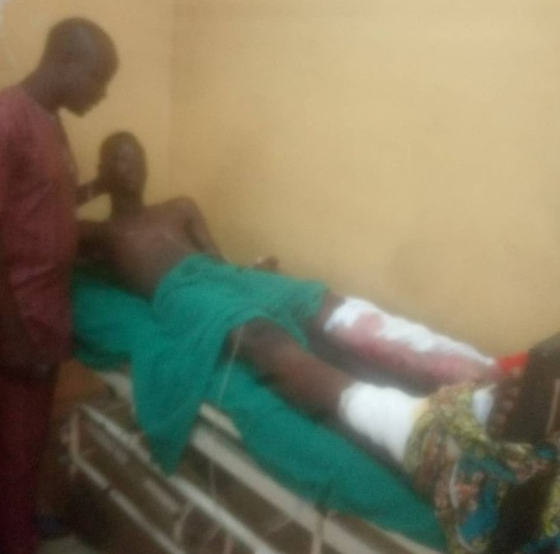 Graphic photos and videos below. 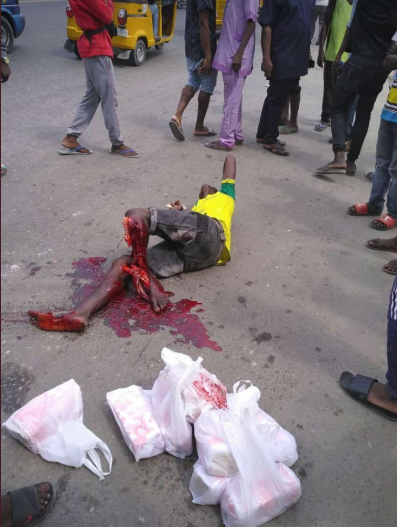 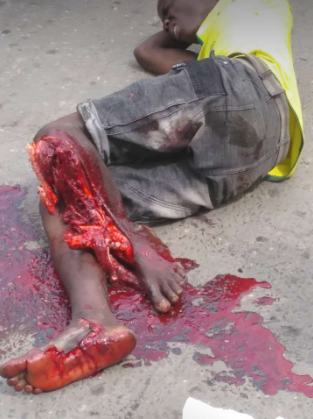 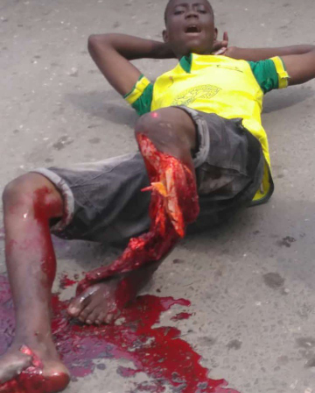