Did you know that Donald Trump’s daughter, Tiffany wealthy new...

by The Pop Muse 4 years ago4 years ago
0
1 share
U.S. President, Donald Trump’s daughter, Tiffany is reportedly in a relationship with a wealthy young man, who grew up in Nigeria with his family.

The 25-year-old law student is seeing handsome Michael Boulos, who grew up in Lagos, where his well-connected family owns a multibillion-dollar conglomerate that trades in vehicles, equipment, retail and construction. His mother is popular humanitarian and SPAN CEO, Sarah Boulous. 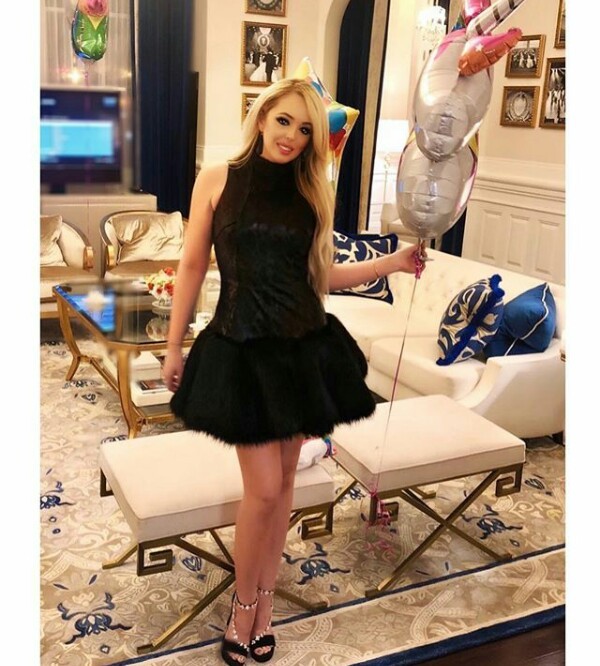 A source tell Page Six that Tiffany met London-based Boulos, whose family is of Lebanese origin, on vacation in Mykonos, Greece, this summer. Things have been going so well that Tiffany who split from ex, Ross Mechanic in 2017, brought Boulos to the Trumps’ Mar-a-Lago for Thanksgiving.
“Tiffany is happy she has so far been able to keep things with Michael under the radar. But she introduced him to her family at Thanksgiving, and he comes across as a very intelligent young man from a great family. There was no mention of the president’s unfortunate comment about African nations.”
Boulos attended an elite international school in Nigeria, and his brother Fares is an actor and rapper who performs as Farastafari. Their family founded Boulos Enterprises and the publicly traded conglomerate SCOA Nigeria owned by Dr. Massad Fares Boulos. His wife Sarah Boulos, is the founder of Society for the Performing Arts in Nigeria.