How Celebrities Are Helping Victims, Firefighters and Animals During Destructive...

Some celebrities have lost their homes in the fires, including Miley Cyrus, Gerard Butler and Kim Basinger.

Lady Gaga, Khloe Kardashian, Sandra Bullock, Ellen DeGeneres and many more Hollywood stars are doing their part to help those affected by the destructive California wildfires.

There are three massive fires burning through parts of the state: the Camp Fire (Butte County, in Northern California), the Hill Fire (Ventura County) and Woolsey Fire (Los Angeles and Ventura County). The latter has directly impacted many celebrities, including Miley Cyrus, Gerard Butlerand Kim Basinger, who have all lost their homes due to the destruction.

As of Tuesday morning, the Woolsey Fire has destroyed more than 96,000 acres and 435 structures, according to The New York Times. The wildfire is still only 35 percent contained.

Stars are doing their part to aid victims, firefighters and animals that have been affected by the wildfires. Gaga visited a Los Angeles shelter over the weekend to raise the spirits of victims from the Woolsey Fire. The “A Star Is Born” actress urged survivors to seek out mental health services in the wake of many of them losing their homes.

“Keeping Up With The Kardashians” star Khloe, who was evacuated from her Calabasas home, went to CVS Pharmacy to purchase water bottles, eye drops and granola bars for the firefighters. The Good American founder shared her trip on her Instagram Story Saturday and encouraged others to donate as well.

“Here at the CVS I basically bought everything they had in stock,” she said. “I bought as many waters as I could, but they still have waters here, but if you guys can drop off whatever you can.”

“I know the brave men and women are working so hard, tirelessly, for all of us would greatly appreciate it,” Khloe continued. “Just do whatever you can, even if it’s one bottle of water, one container of eye drops, one granola bar, anything, I know they would appreciate it.”

Ellen announced on her show Tuesday that she donated $100,000 to the Los Angeles Fire Department Foundation.

“It has been a very difficult week here in California,” she said. “There was a mass shooting in Thousand Oaks last week, where 12 innocent people lost their lives. I just wanted to send my love to everyone in the community. My family lives there. It’s horrible and so to the friends and family of those people, we all send love.”

See how stars are helping out below.

Help me support the firefighters who are risking their lives on the front lines of 3 horrific wildfires: #CampFire #HillFire and #WoolseyFire Donate today to @CAFireFound at http://cafirefoundation.org  #CaliforniaFires

Providing emotional and financial assistance to families of fallen firefighters, firefighters and the communities they protect. Read More

7,828 people are talking about this 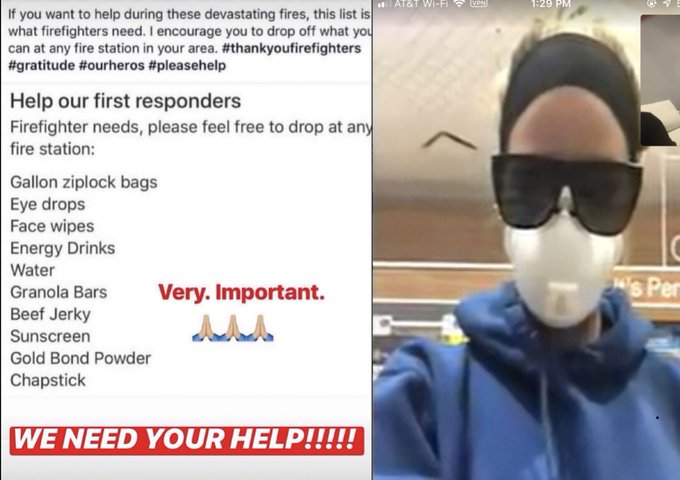 After @kyliejenner sent this on our family group text @khloekardashian ran to the pharmacy to shop for the Firefighters… such a huge heart Bunny!!

Let’s take care of our guys! Thank you to all of the men and women fighting these fires and risking their lives!! #grateful

1,275 people are talking about this 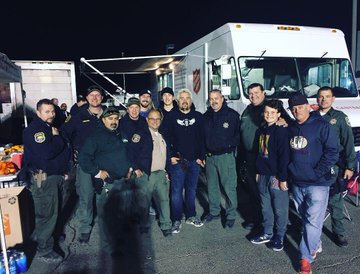 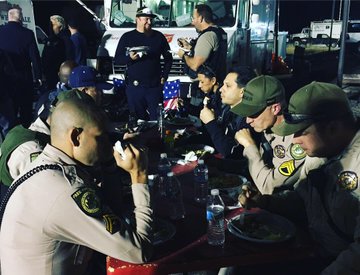 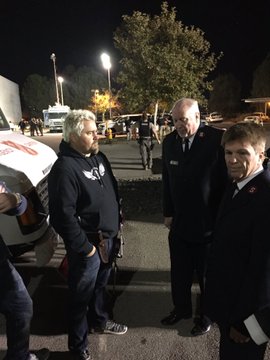 Guy Fieri made a surprise visit to serve dinner to everyone at the law enforcement staging area at Butte College. Thank you so much Guy for filling our bellies and lifting our spirits. #ButteSheriff #CampFire

1,726 people are talking about this