Barcelona stars Luis Suarez and Gerard Pique were involved in a fierce row on the Nou Camp pitch after the Spanish giants lost 4-3 to Real Betis on Sunday.

Pique quickly replied to try and calm matters down: ‘Well, that’s it.’ 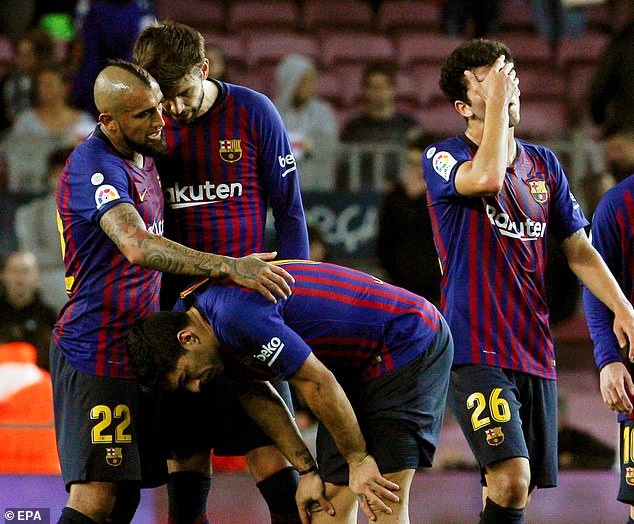 The defender also had words with substitute Arturo Vidal after the Chilean wasted a crucial chance during the end of the game.

‘If you say “mine” it’s fine, but I have not heard “I” in my life,’ Pique said as he took aim at the Chilean’s communication.

Barcelona suffered their first home defeat in La Liga for more than two years, losing 4-3 to Real Betis despite Lionel Messi scoring on twice on his return to action.