Banky W replies business consultant after she called him out...

A business consultant reminded Banky W of his past actions during voters card collection after he declared his intention to run for politics and Banky has now replied stating his side of the story.

Peppy Chidinma Akaniro said that back in May, she and others were waiting in line to collect their PVCs when Banky walked in, jumped the line and went straight into the school in Maruwa, Lekki, to be attended to. When Adesua arrived, he came out to lead her in so she could also get the attention of the officials while others who had been waiting on the queue all morning were neglected.

Chidinma said Banky did same when Ebuka Obi-Uchendu, his wife Cynthia, and Tunde Demuren all arrived.

When they were done, the officials stopped attending to others and spent time taking photos with Banky and other celebrities.

She went on to point out that it is a sign that Banky doesn’t understand the travails of voters, therefore may not be able to give them the change they deserve.

Banky has now acknowledged Chidinma’s open letter and shared a reply in which he explained his side of things.

See his reply below. 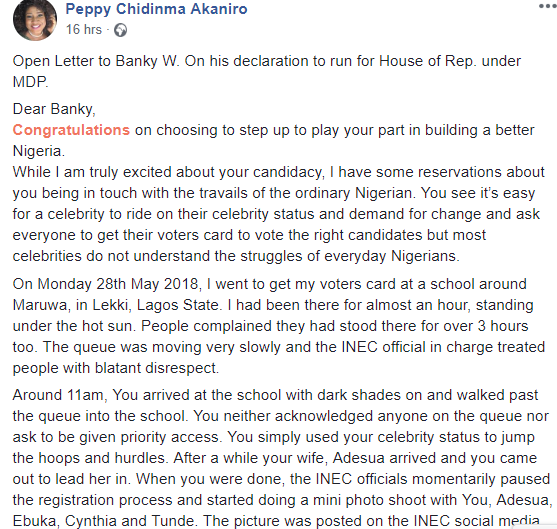 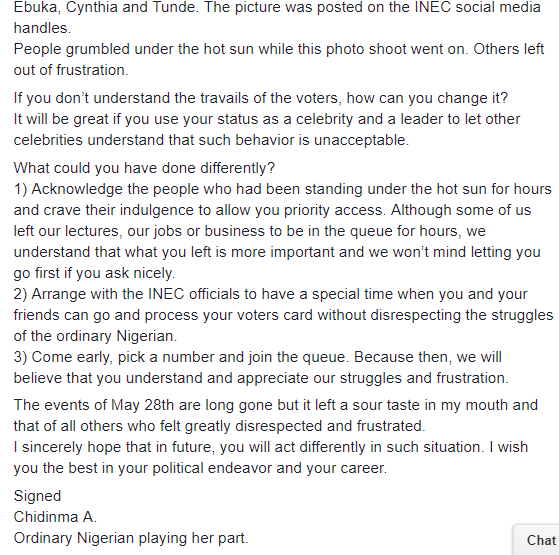 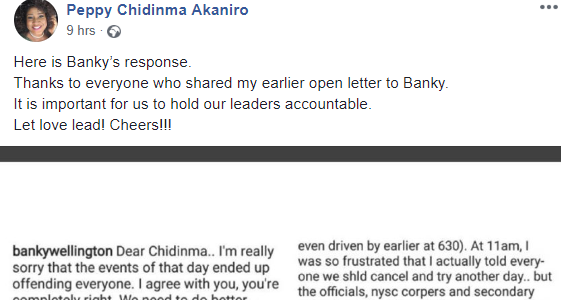 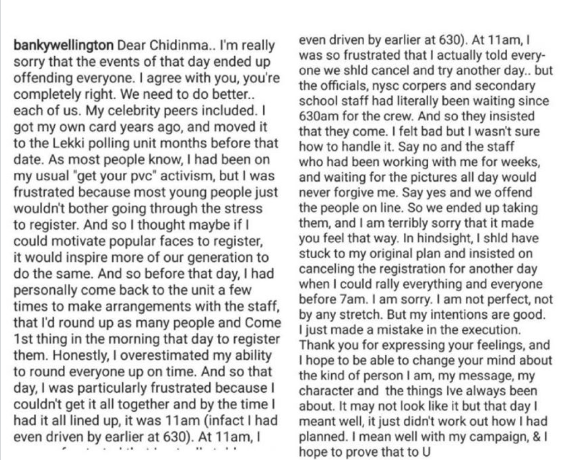