“My wife and in-laws” Davido says as he shares clip...

Davido has shown the face of his girlfriend’s sisters and he referred to them as his “in-laws” while referring to Chioma as his “wife”.

The singer, Chioma, and her sisters all dressed up in their best to attend Davido’s lawyer’s wedding.

Sharing a clip of the sisters taken after they had gotten ready for the wedding, Davido wrote:

My wife and in-laws. No, I’m not tagging them. 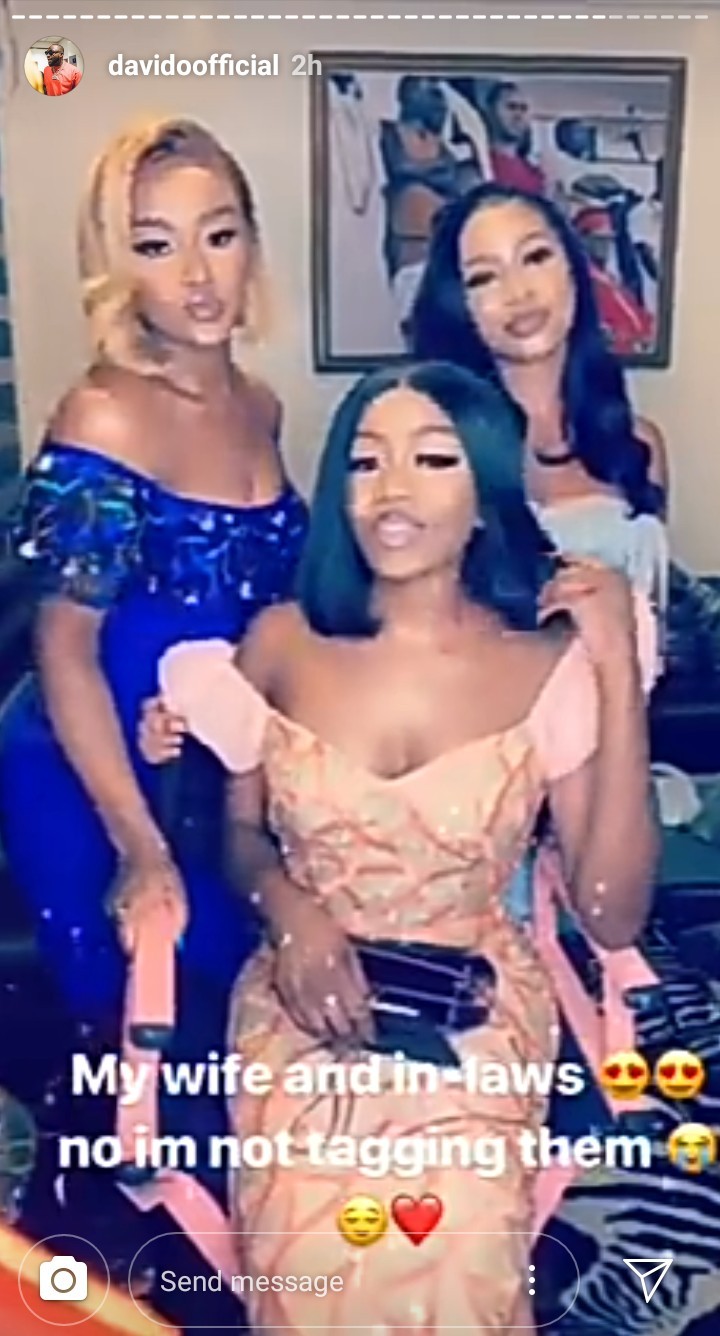 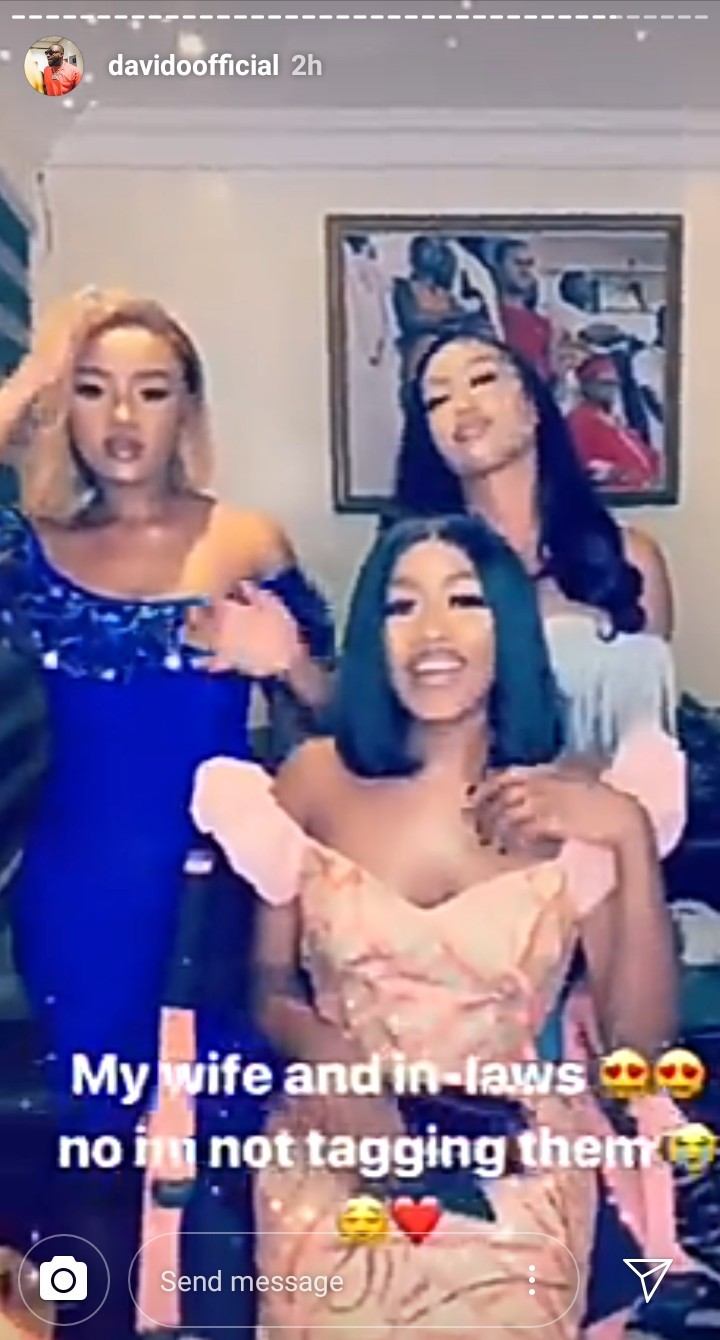