Outrage as Saudi Arabia executes maid for killing boss while...

An Indonesian maid has been executed in Saudi Arabia  for killing her boss while he was raping her.

Mum-of-one, Tuti Tursilawati was executed after she killed her boss who was raping her, and this sparked outrage in Jakarta.

Tuti Tursilawati was killed on Monday in the city of Ta’if, a city in Saudi Arabia’s Mecca Province. The Saudi government failed to warn the maid’s family or consular staff before she was killed, said officials. Her execution has prompted protests from Indonesia.

It was the fourth time in three years that Saudi Arabia had failed to notify Jakarta before executing an Indonesian migrant worker.

Mr Widodo was quoted as saying by the office of his cabinet secretary:

We have called Saudi Arabia’s foreign minister and conveyed our protest.

The Saudi ambassador to Indonesia had been summoned to discuss the matter, the president added.

Indonesian advocacy group Migrant Care said in September that Ms Tuti Tursilawati had been defending herself from being raped.

The kingdom of Saudi Arabia has ignored principles of human rights, including a right for everyone to live.

Ms Tursilawati was executed just a week after Saudi Arabia’s foreign minister al-Jubeir, met his Indonesian counterpart, Retno Marsudi, and Mr Widodo in Jakarta to discuss migrant workers’ rights. During the meeting, Mr Marsudi emphasised the importance of having a mandatory consular notification before carrying out death penalties.

Amnesty International Indonesia said that Saudi Arabia had damaged diplomatic ties and had behaved unethically following the execution of the mother-of-one. 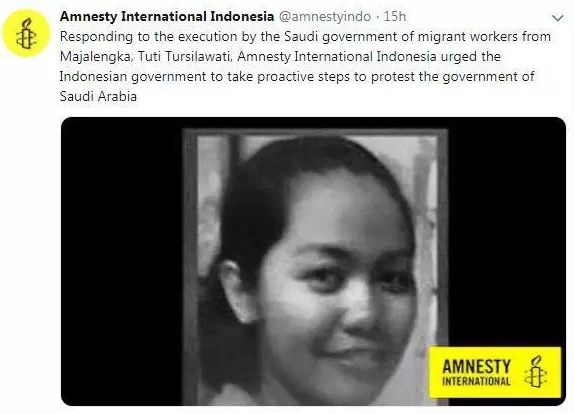 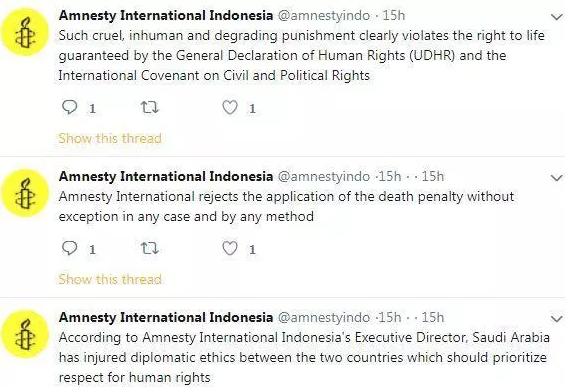