‘I’ve been used to spread messages I don’t believe in....

Kanye West, who has been heavily criticized for supporting President Donald Trump, has now announced he’s distancing himself from Politics while admitting he has been used to spread messages he doesn’t believe in.

The rapper made the shocking announcement on Twitter on Tuesday, and also revealed that he’s now focusing on being creative.

The announcement comes after the father of three debuted a line of apparel for the “Blexit” campaign that encouraged African-American voters to abandon the Democratic Party.

In one of the tweets today, Kanye denied any real connection to “Blexit” merchandise, saying: “I introduced Candace to the person who made the logo and they didn’t want their name on it so she used mine.”

Read his tweets below. 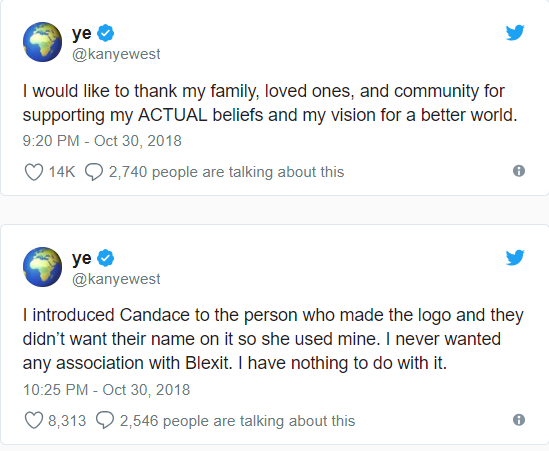 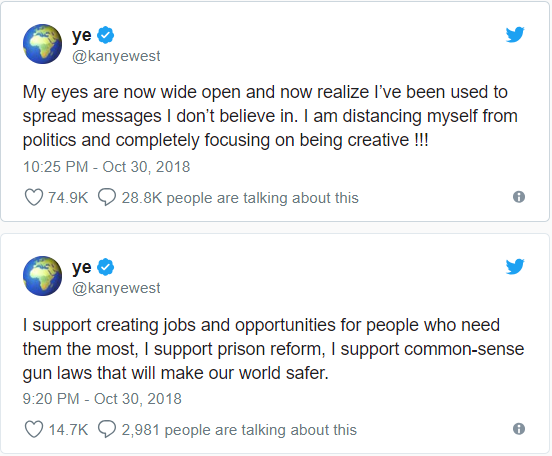 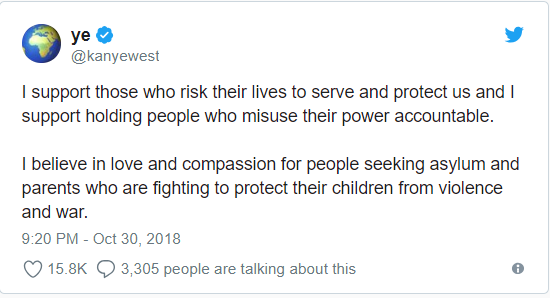