Twitter is currently in flames as fathers are uncontrollably dragging the hell out of media personality Piers Morgan who made fun of Daniel Craig and said he has been “emasculated” for carrying his child.

Thus, hundreds of fathers on Twitter are sharing photos of themselves carrying their babies unapologetically.

In the photo which Piers shared to mock Daniel Craig, the James Bond actor is seen carrying his child with a baby carrier while he took a walk. But Piers felt it was not manly for a man to carry a child and he called him out, writing: 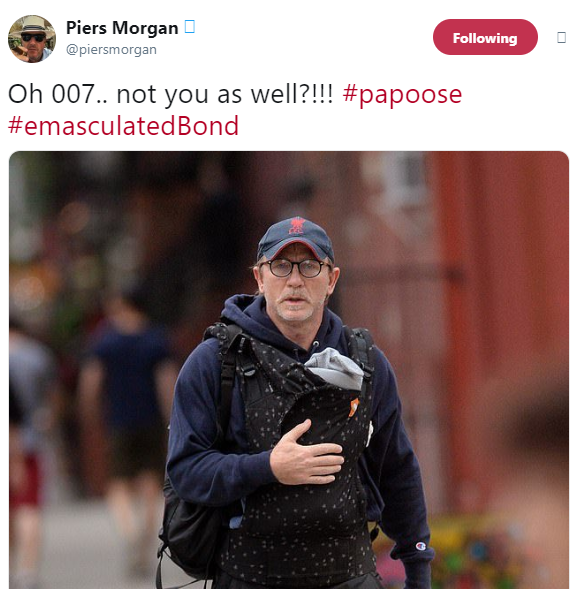 In reaction, fathers shared photos of themselves carrying their children and told Piers Morgan that if carrying their kids meant being emasculated then they do not mind being lesser men.

You really have to be so uncertain of your own masculinity to concern yourself with how another man carries his child. Any man who wastes time quantifying masculinity is terrified on the inside.

Other fathers also joined to bash Morgan as they shared photos of them carrying their babies to celebrate fatherhood.

“I love carrying my kids. If @piersmorgan is the arbiter of being a man, then I’ll gladly not be one.” Paul Stevenson tweeted.

David Sharp wrote: “Here here Paul. Why can’t a strong male role model be one of a Dad who enjoys looking after his child.”

See some of the tweets below. 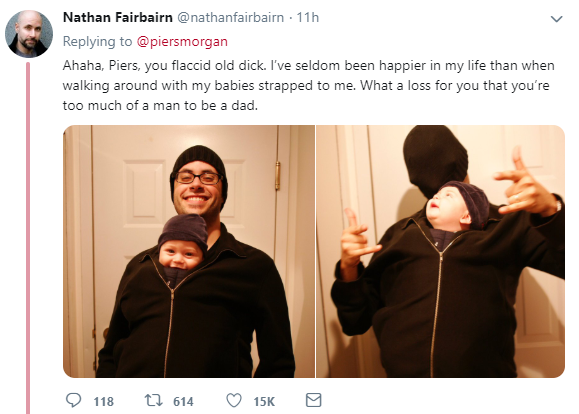 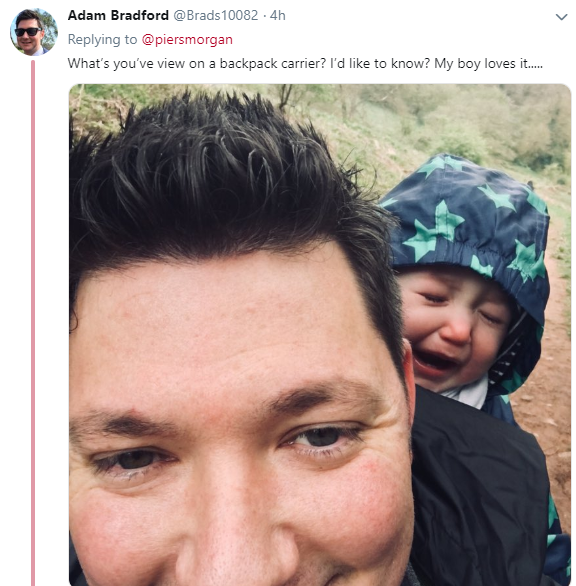 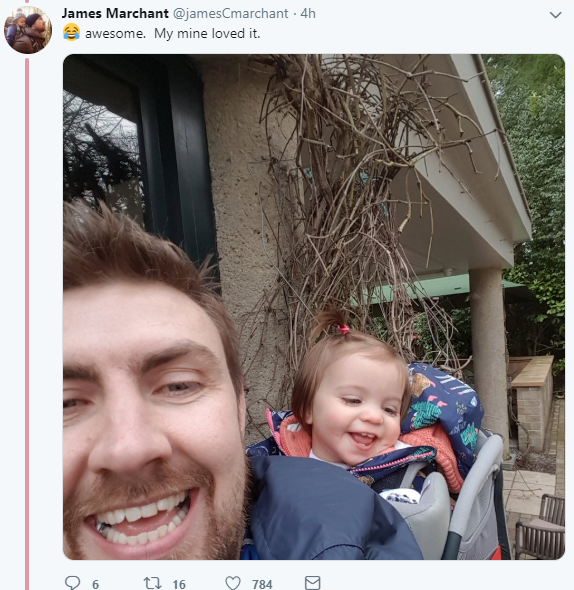 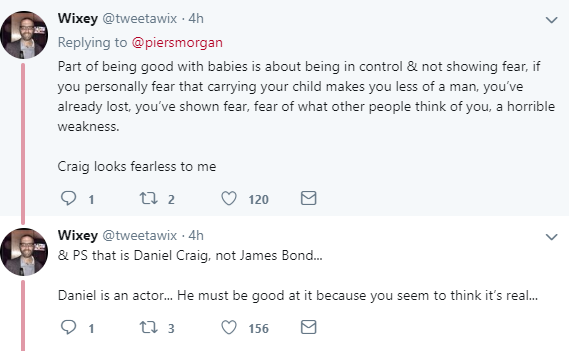 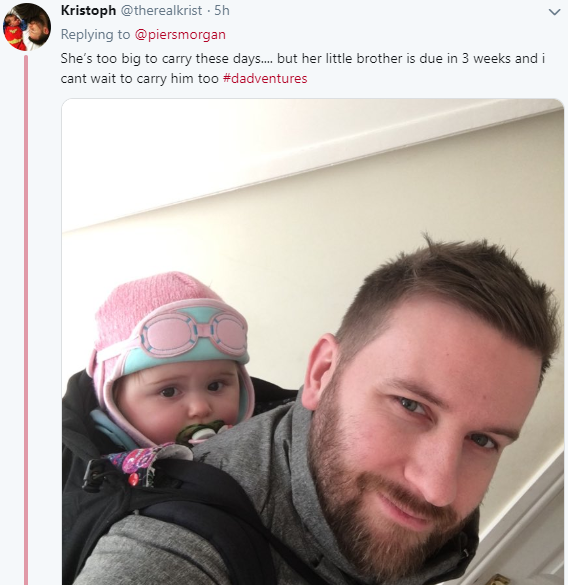 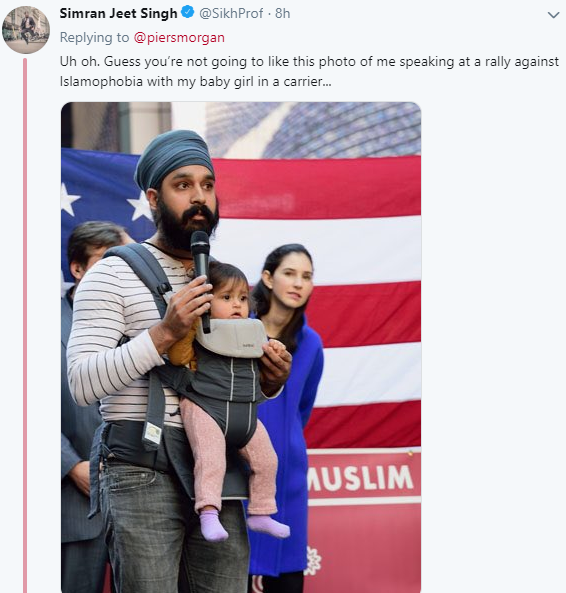 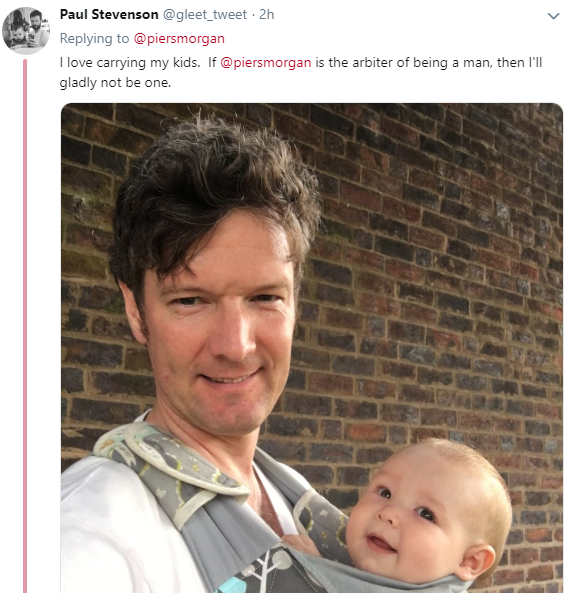 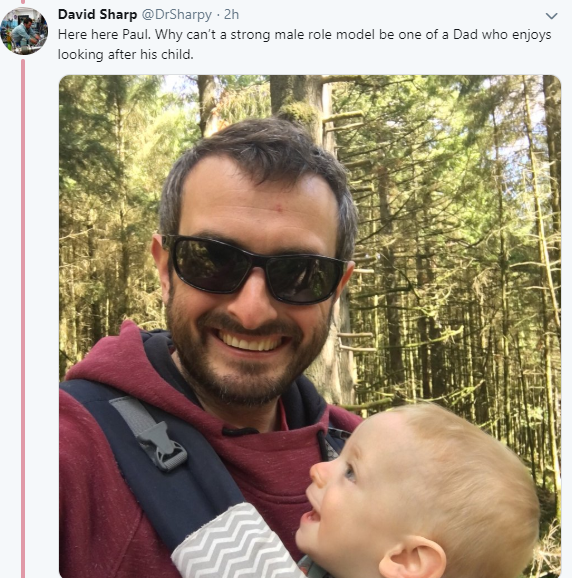 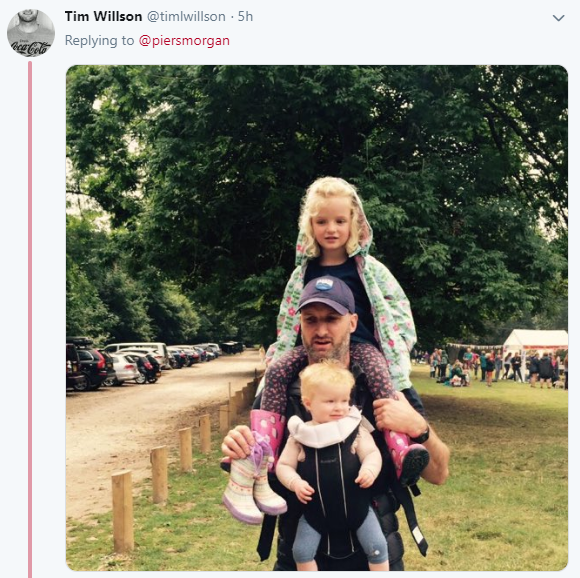 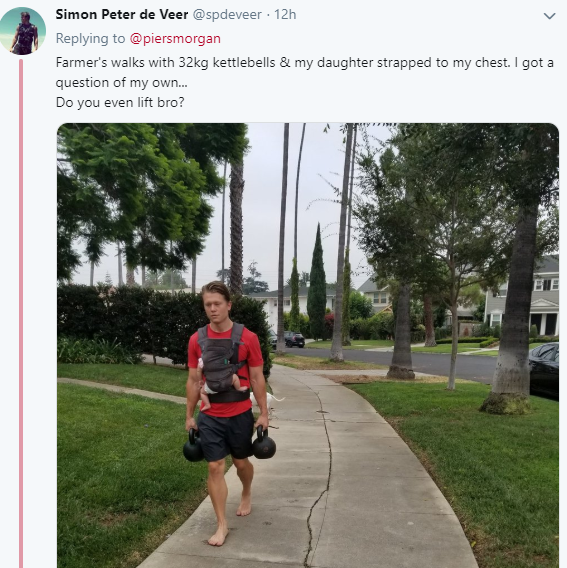 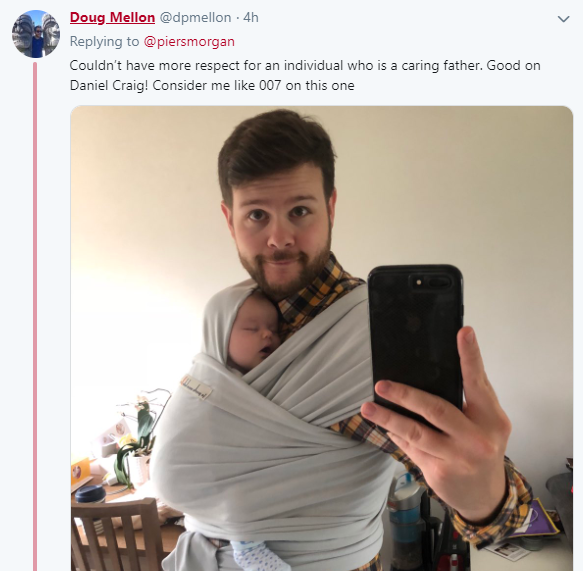 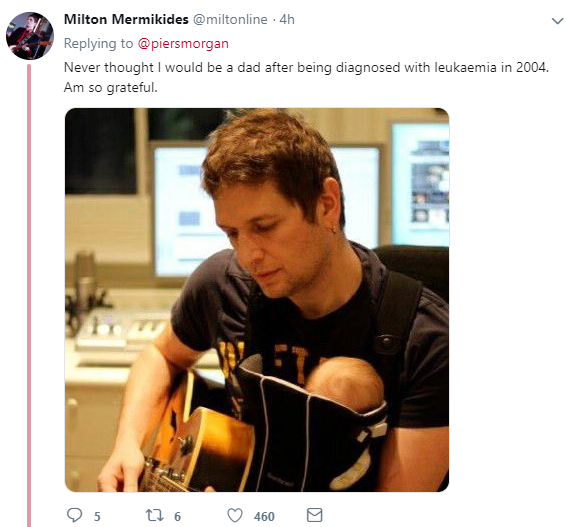 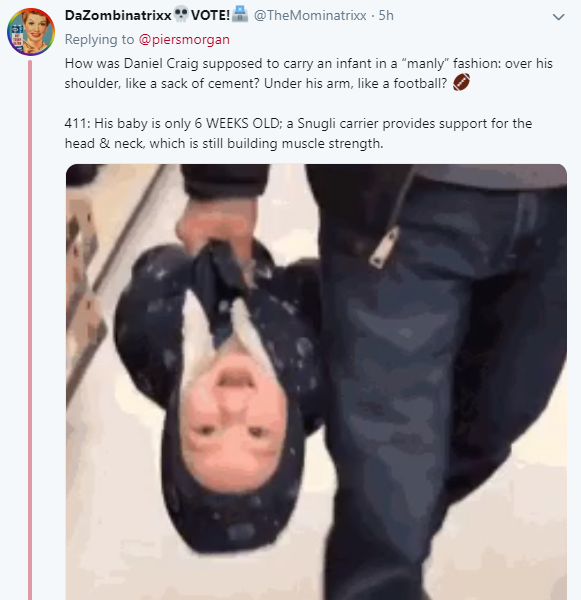 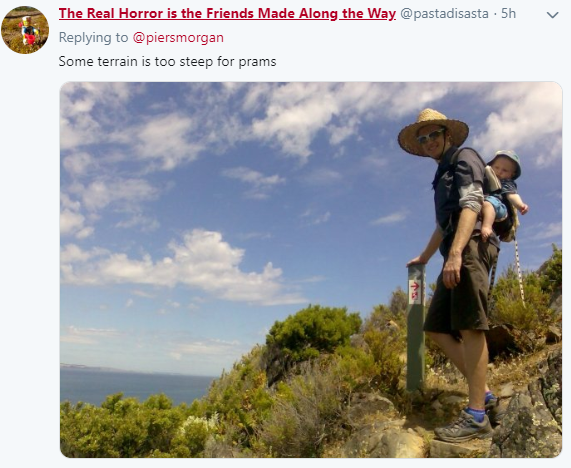 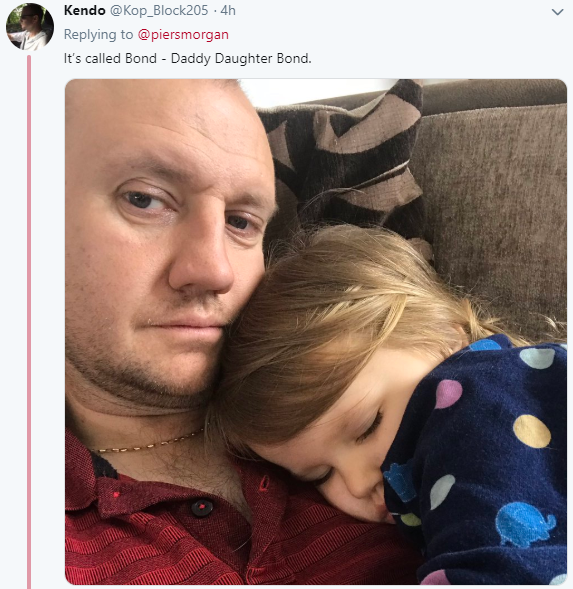 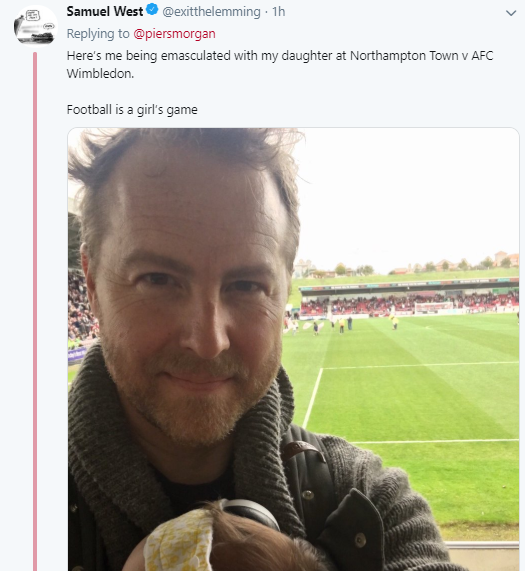 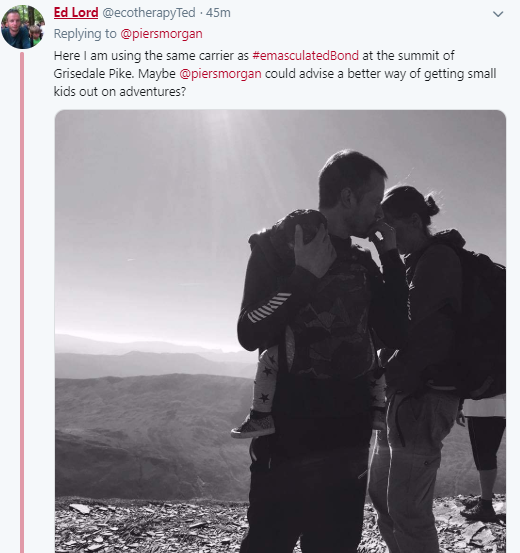 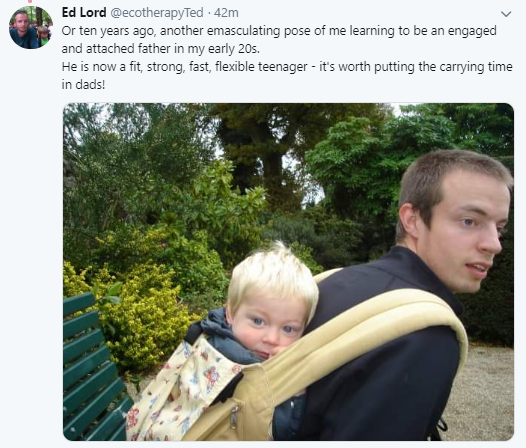 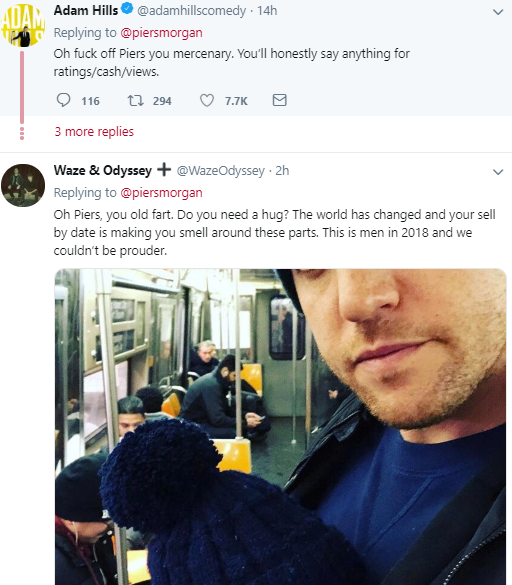 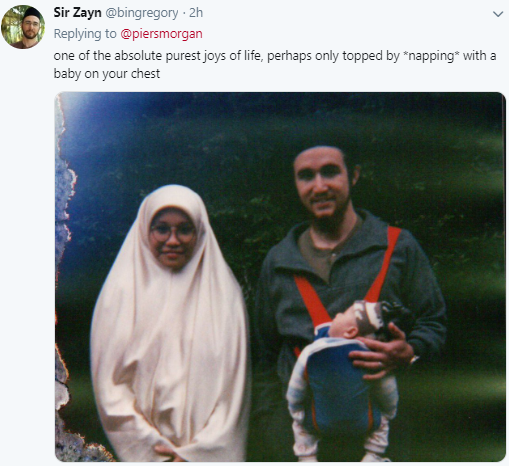 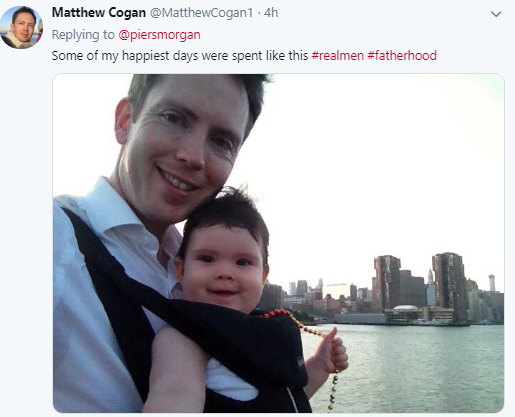 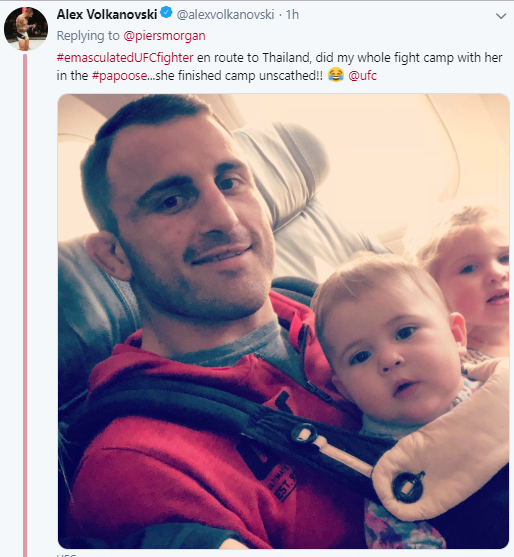 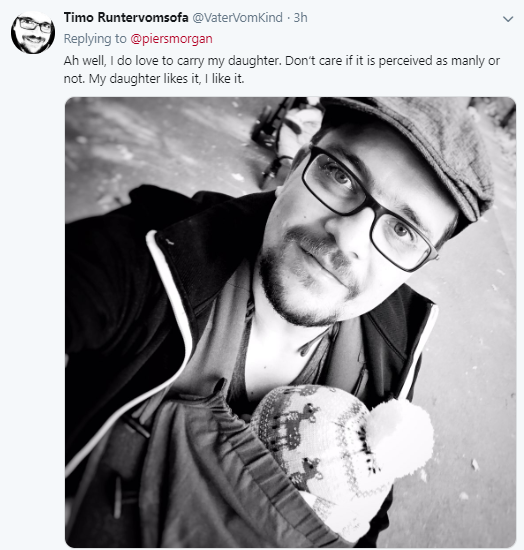 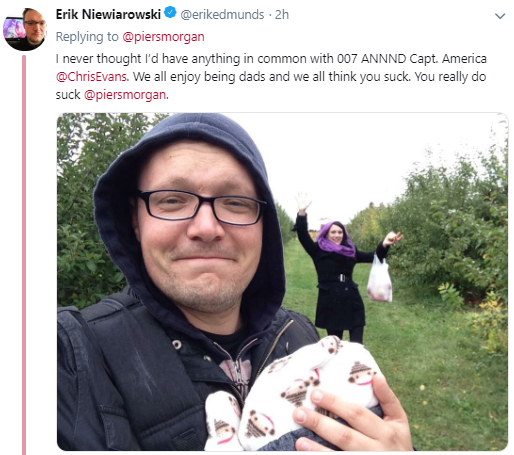 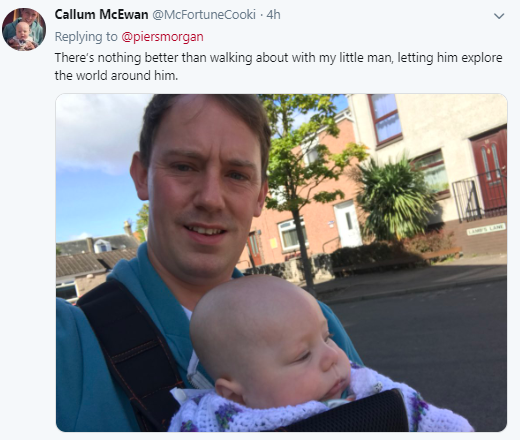 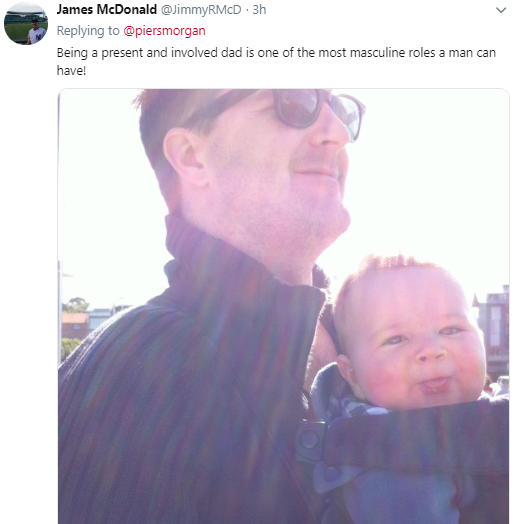 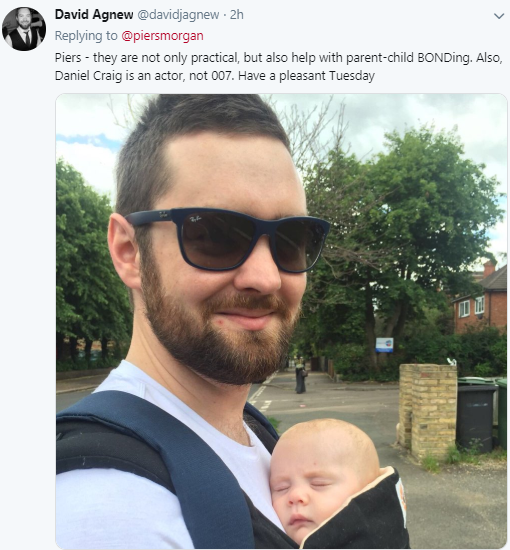 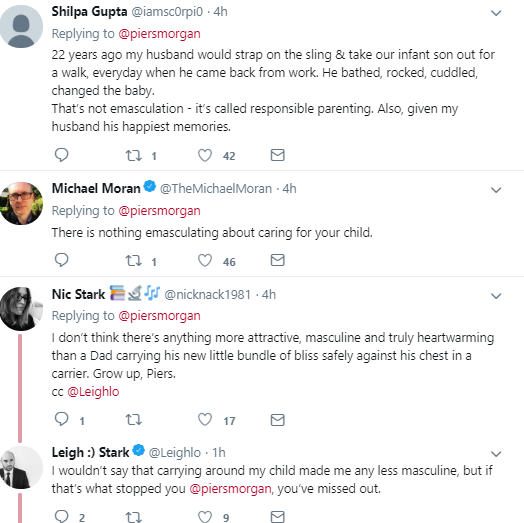 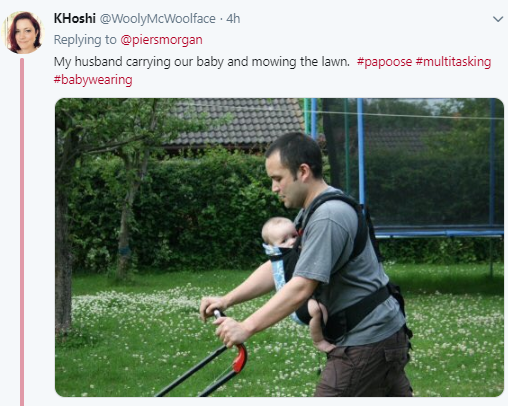