Meghan, the Duchess of Sussex, is pregnant with her first child, the UK’s royal family has announced.

A statement from Kensington Palace said the baby is expected in the spring of 2019. Britain’s Queen Elizabeth II will be the child’s great-grandmother.
The Queen and other members of the royal family congratulated Meghan and her husband, Prince Harry, on Friday as they gathered in Windsor for Princess Eugenie’s wedding to Jack Brooksbank, a royal source said Monday, without specifying whether the parents-to-be broke the news at their cousin’s wedding.
The Queen, the Duke of Edinburgh, the Prince of Wales, the Duchess of Cornwall and the Duke and Duchess of Cambridge are delighted for the couple, Kensington Palace said in a statement.
Meghan’s mother, Doria Ragland, “is very happy about this lovely news and she looks forward to welcoming her first grandchild,” the statement added.
The baby will be seventh in line to the British throne after Prince Charles, Prince William and his three children and Prince Harry.
The announcement comes five months after the couple wed in a starry ceremony at Windsor Castle. Harry and Meghan had just touched touched down in Australia for their first overseas tour as a married couple when the news broke.
The tour coincides with the third Invictus Games, an international sports competition Harry founded in 2014 for wounded veterans and members of the military, which kicks off Saturday.
View image on Twitter 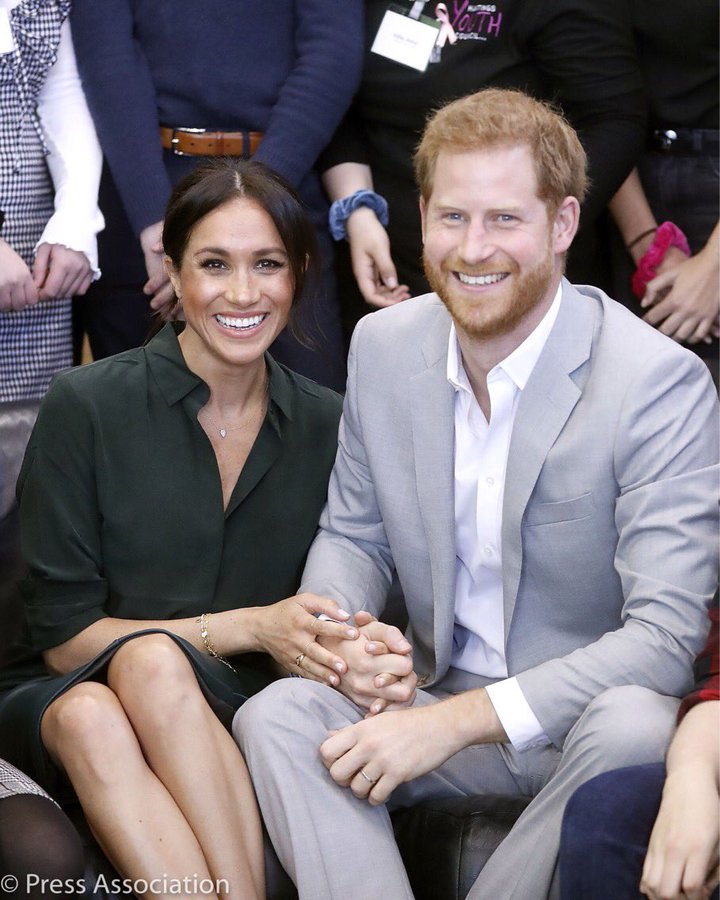 Most of their two-week tour will be spent in Australia, where they’ll meet with locals and focus on youth leadership projects — Harry was recently named Commonwealth Youth Ambassador — but also stop by some of the sights, including Bondi Beach and the Sydney Opera House.
They will also visit New Zealand as well as Tonga and Fiji — two areas where there is a risk of Zika virus transmission.
Harry and Meghan have not made any changes to their trip schedule despite news of the duchess’ pregnancy, a royal source said Monday. The source said Kensington Palace considered medical issues before Meghan departed for the overseas tour.
Zika virus infection is a cause of birth defects. Both the Centers for Disease Control and Prevention and the UK Foreign Office advise pregnant women to postpone travel to areas where there is a risk of Zika infection. 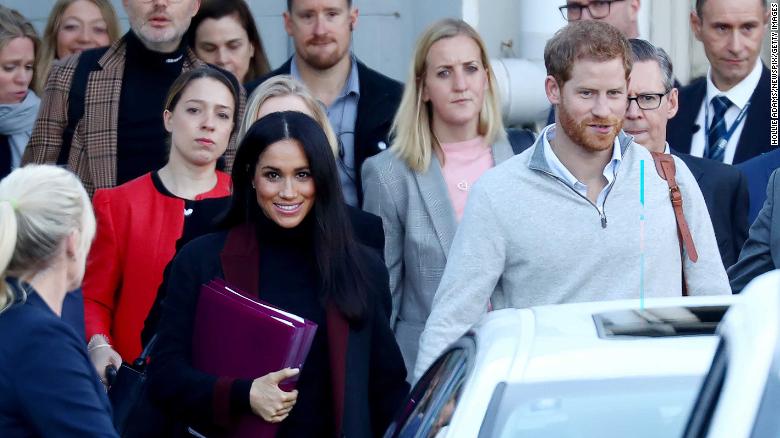 Prince Harry and wife Meghan pictured arriving into Sydney on Monday.
Harry is already a fond uncle to his brother Prince William’s three children with Catherine, Duchess of Cambridge, and godfather to the offspring of several of his friends.
UK Prime Minister Theresa May congratulated the royal couple in a Twitter post on Monday morning.
“My warmest congratulations to the Duke and Duchess of Sussex on the happy news they are expecting a baby in the Spring. Wishing them all the best,” she wrote.
Related: Harry and Meghan – from blind date to ‘I do’
Megan, 37,and Harry, 34, had previously expressed their desire for a family in an interview shortly after their engagement was announced in November 2016. When asked about children, Harry said they planned to take things “one step at a time, and hopefully we’ll start a family in the near future.”
Two months earlier, at an official engagement in Belfast, Northern Ireland, Meghan joked while looking at innovative baby products, “I’m sure at some point we’ll need the whole lot.” 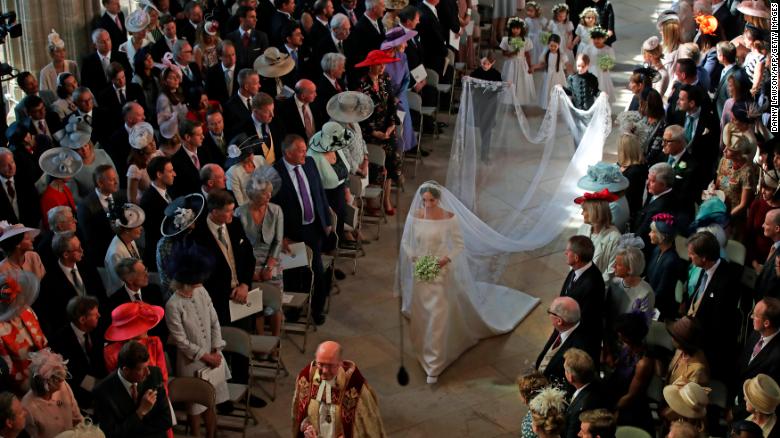 Meghan walks down the aisle in St. George’s Chapel in Windsor on May 19 during her wedding to Prince Harry.
Harry is known for his longstanding charitable work on behalf of children and young people.
He and the Duchess attended the WellChild Awards together on September 4, when they helped mark the achievements of seriously ill children and their families in Britain. Harry has been patron of the WellChild charity since 2007. 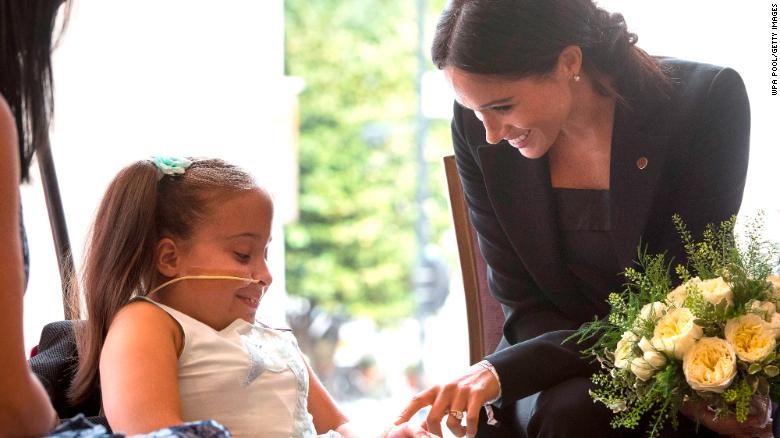 The duchess talks to seven-year-old Matilda Booth at the WellChild awards on September 4.
In 2006, Harry co-founded Sentebale, a charity that helps some of the most vulnerable children in Lesotho and Botswana.
Royal photographer Chris Jackson told CNN in May that some of his favorite pictures of the prince were taken in Lesotho as Harry spent time with the children being supported by Sentebale.
“It’s somewhere he feels very relaxed,” Jackson said. “And kids certainly get excited about seeing him. He connects with them in a very unique way.” Culled from CNN.