Currently, Enugu State Governor,  Ifeanyi Ugwuanyi is being dragged by Nigerians on social media after he said ‘Jesus’ has endorsed his second term intentions as he  erected an over-the-top billboard which has his photo alongside ‘Jesus’ to campaign for the re-election

While a lot of people think it’s offensive to Christianity as a religion, many consider it funny.

The words on the billboard reads:

This is my beloved son Ifeanyichukwu Ugwuanyi who I am well pleas; who will lead Enugu state to the promise land.

See the billboard and social media reactions below. 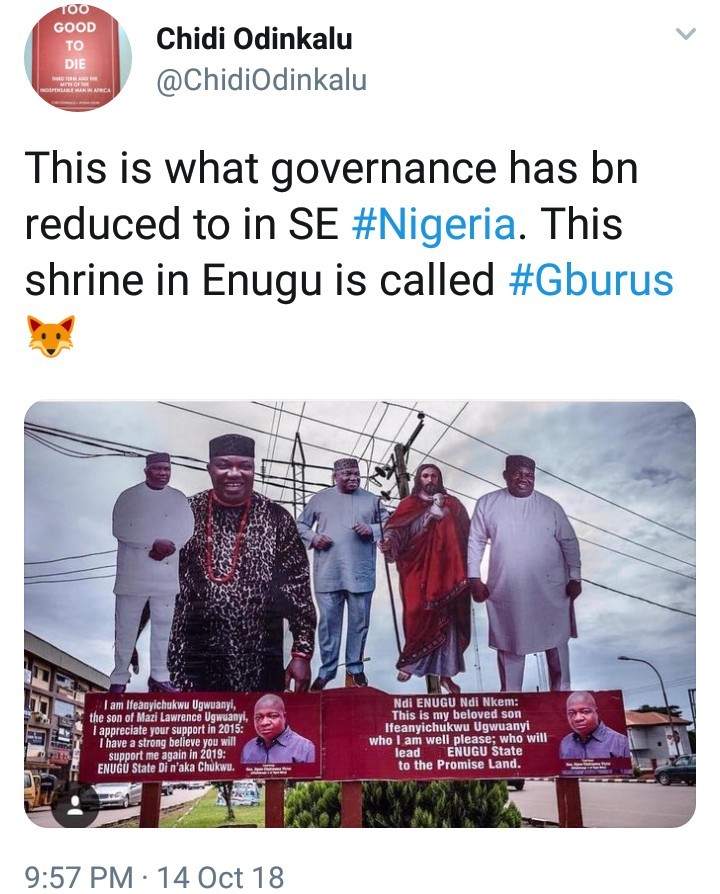 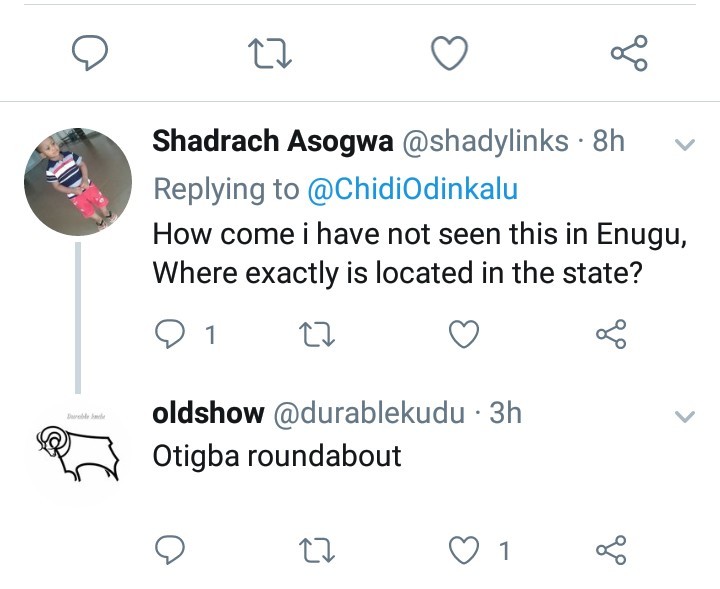 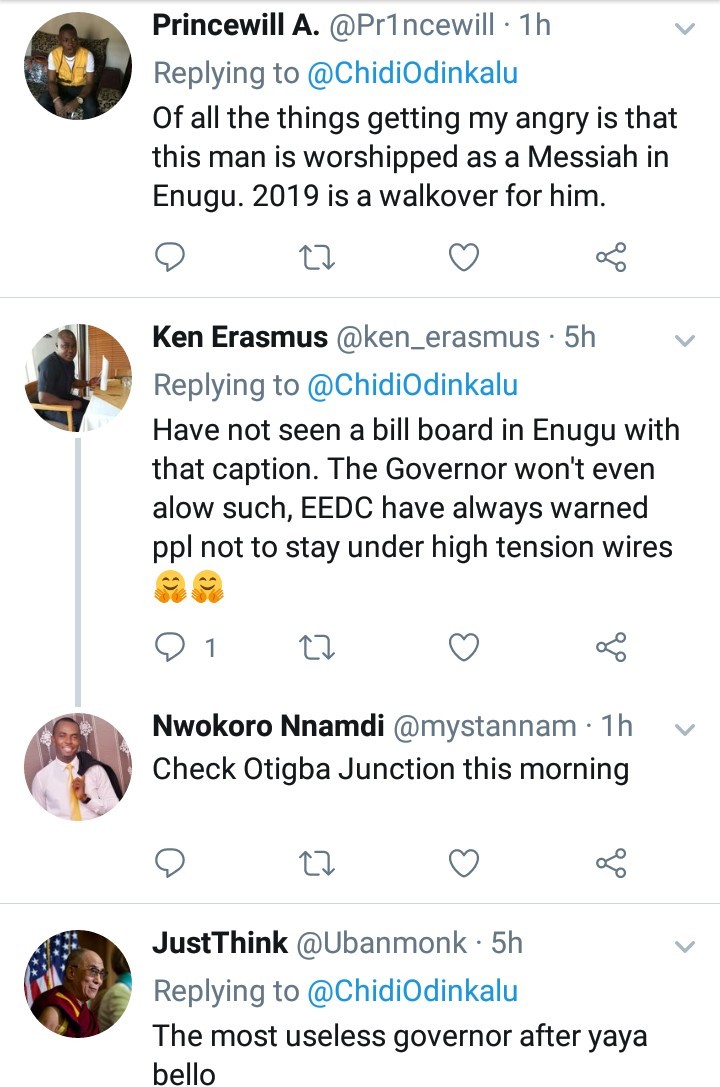