Deontay Wilder calls Anthony Joshua ‘a coward’ as he invites...

Undefeated WBC heavyweight champion of the world, Deontay Wilder has referred to his rival, Anthony Joshua as a ‘coward’.

He made the comments while talking about his upcoming February 23 rematch with Tyson Fury and said he will be having an after-party after the fight no matter the outcome and will invite not just Tyson Fury, but two time heavyweight champion of the world, Anthony Joshua. 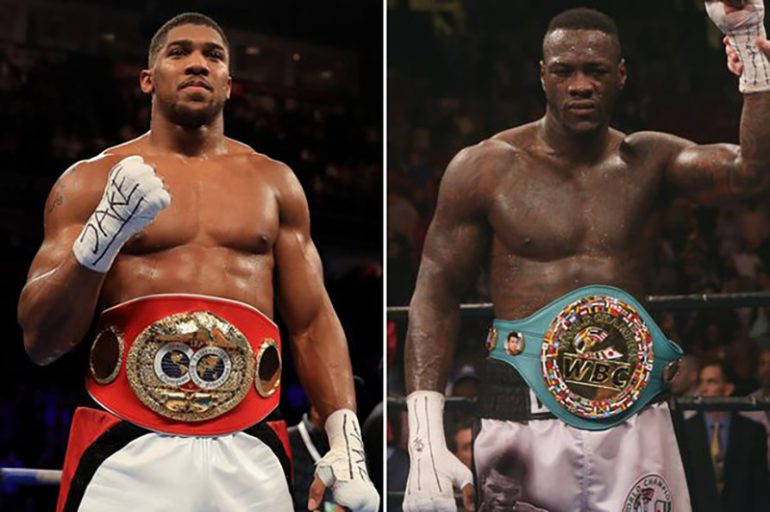 Though Wilder will be looking to knock out the undefeated Fury when he steps into the ring, however he said it’s all respect and love after the fight is over.

“After the fight, we are probably gonna have a big celebration or something like that. I have already invited Fury as well.” Wilder said in the Rich Eisen Show.

‘I told him to come party with us. As a person I like him. As fighters we always have to compete against each other and you know at times they can get very competitive in the ring. And we say certain things to promote and stuff like that.”

“Well, Fury is not the only one who is on the guest list. Wilder invites the heavyweight champion, Anthony Joshua, to the after-party as well. Wilder continued:”

“He is invited as well, the coward. I doubt it(that Joshua will show up). But he is invited too.”

However, Wilder reiterated to the fans to expect a spectacle when he faces Fury again.

“I have never let anyone down when I have an event. I have been knocking out guys for 20 years professionally and you know what to expect from Deontay Wilder, nothing but greatness.”