Nigerians react as Pastor Adeboye tells his ‘son’ to sack...

The General Overseer of the Redeemed Christian Church of God, Pastor Enoch Adeboye ignited the wrath of Twitter users after he recalled how he told his “son” to sack his secretary because he told him that he is excited to resume at work every Monday because he will get to see his secretary.

According to the RCCG General Overseer, he told his son to sack his secretary because no one is worth his marriage. He went on to admonish married men and women on spending time with people who are not their spouse.

The disclosure which came off a tweet, sparked off a controversy as some Nigerians called him out for making an “innocent lady lose her job”.

Here is the tweet and some reactions to it below; 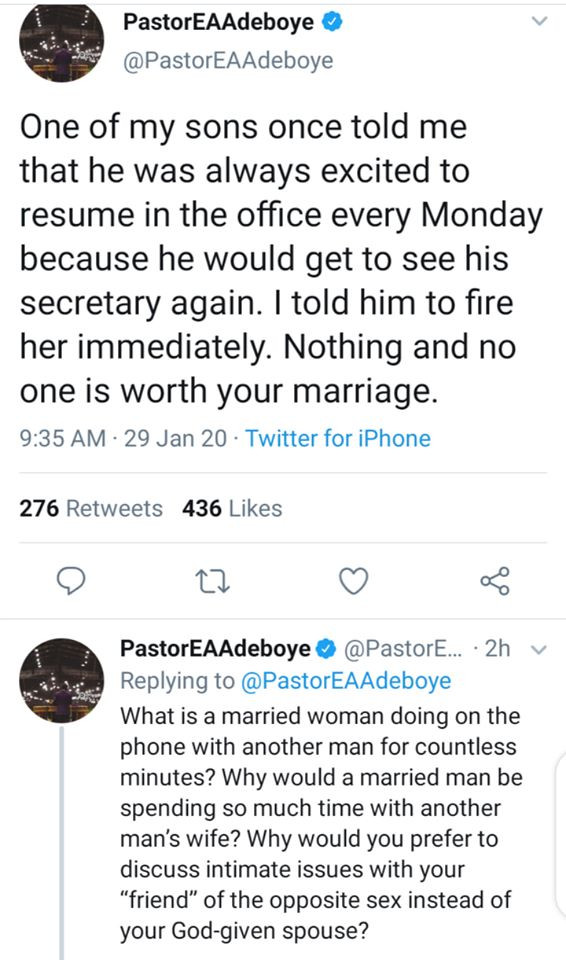 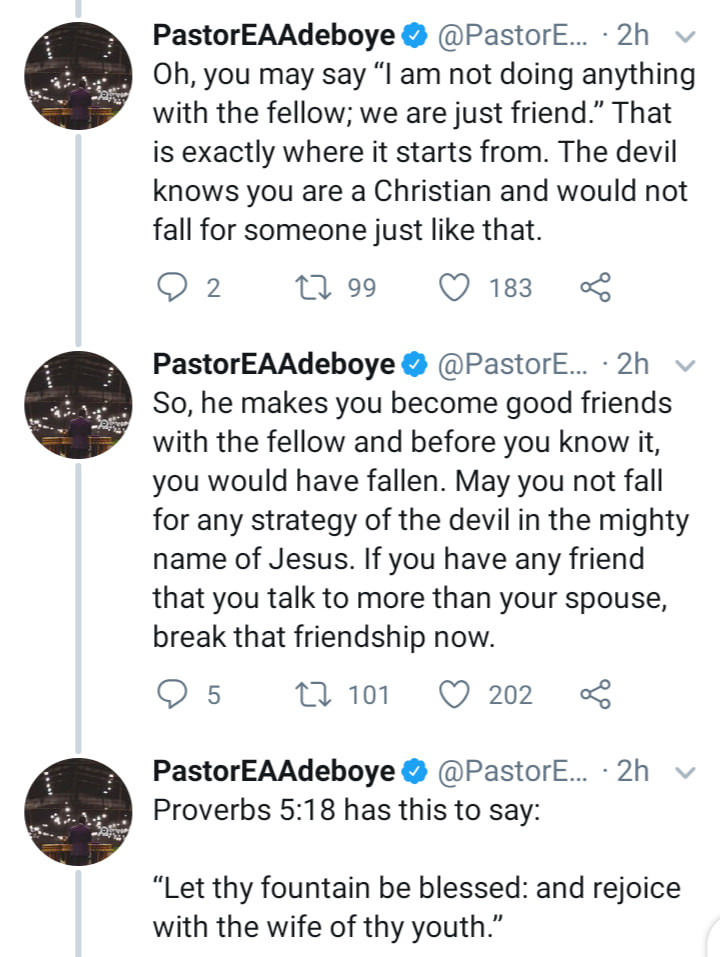 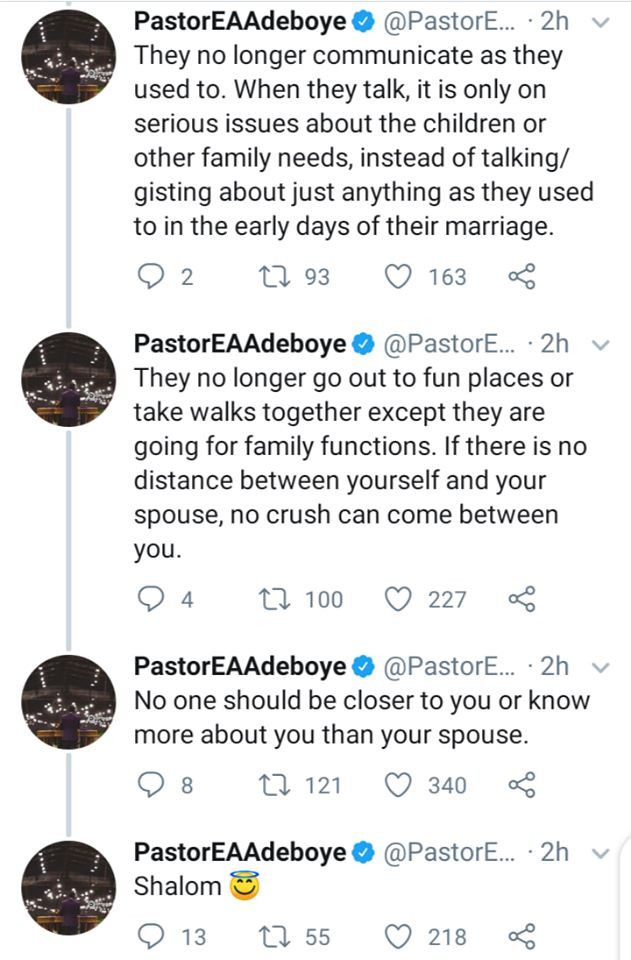 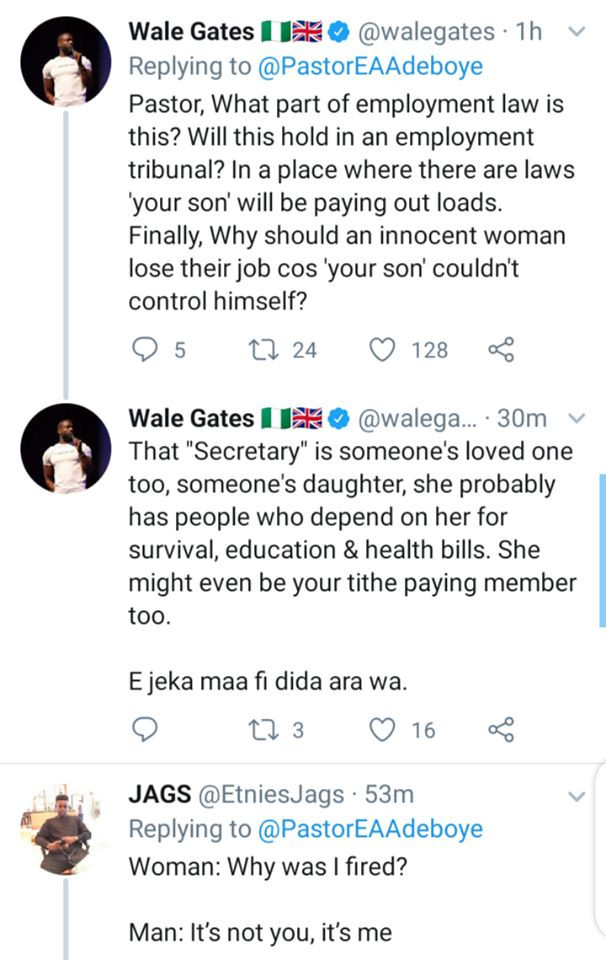 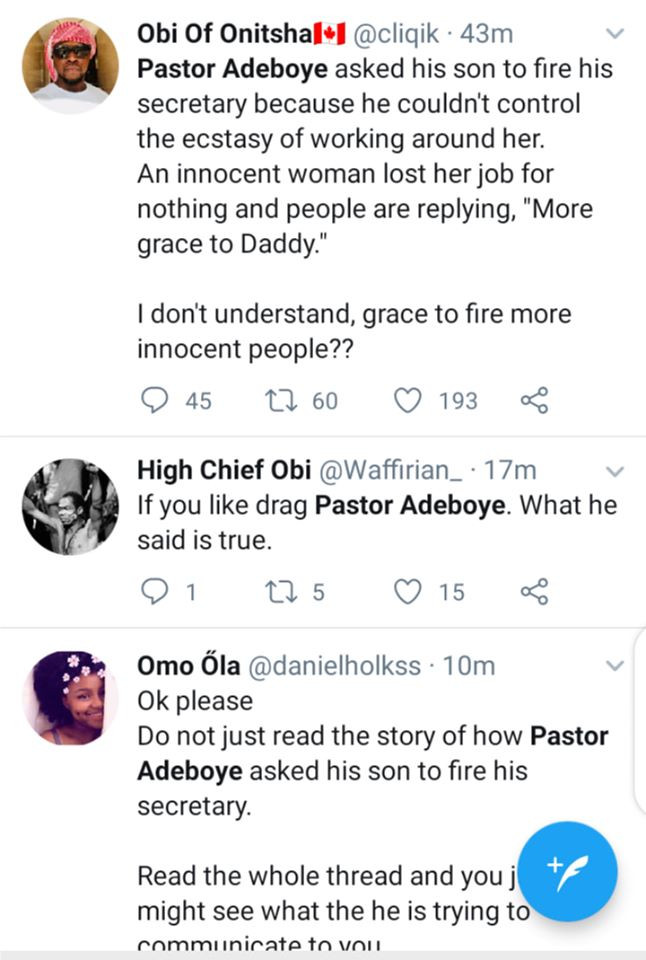 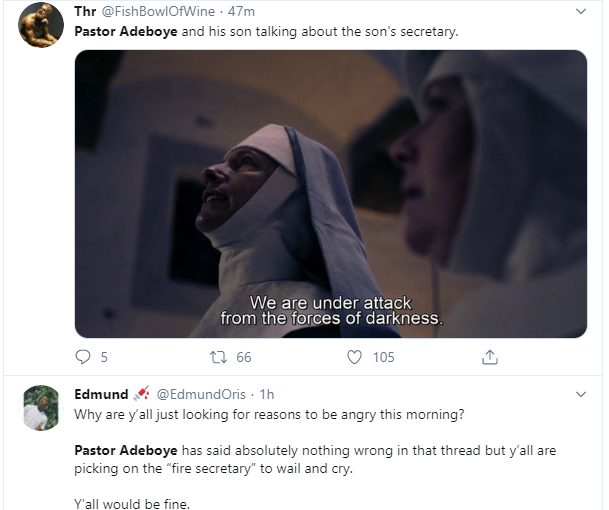 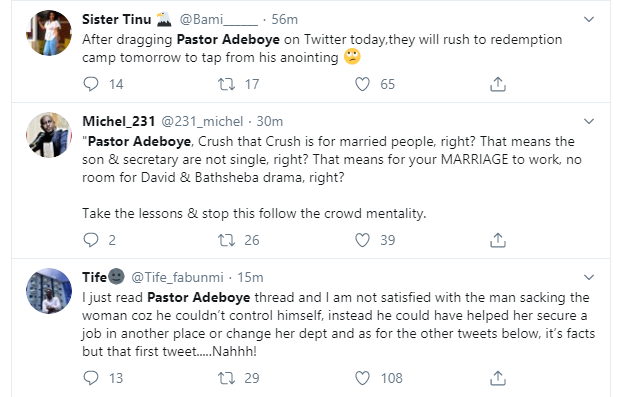 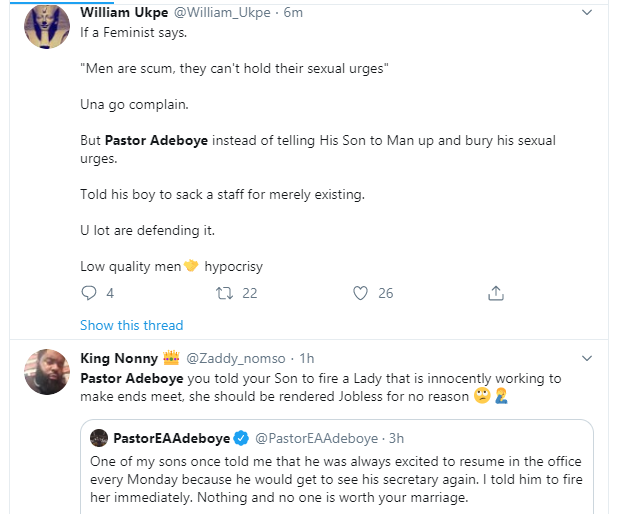