‘We have to play as if we have not qualified’...

The three-time African champions currently lead Group E with 10 points from five games and have already booked their spot in the continental competition but they still have the first spot to fight for as they are a point adrift of second-placed South Africa.

They welcome Gavin Jeanne’s men who are rooted to the bottom of the group to the Stephen Keshi Stadium on Friday.

And Adepoju who scored six goals in 42 international outings for the Super Eagles has advised Gernot Rohr’s men to see the encounter as part of preparation for the Afcon finals in Egypt.

“It is a dead rubber encounter and we have qualified already but that does not mean we should forget the importance of the game because it is a qualifier which we have to play as if we have not qualified,” Adepoju told Goal.

“We have to take it seriously because if we have qualified and we’re looking forward to going to the tournament which is the Africa Cup of Nations, we have to play with all seriousness and field the available key players. 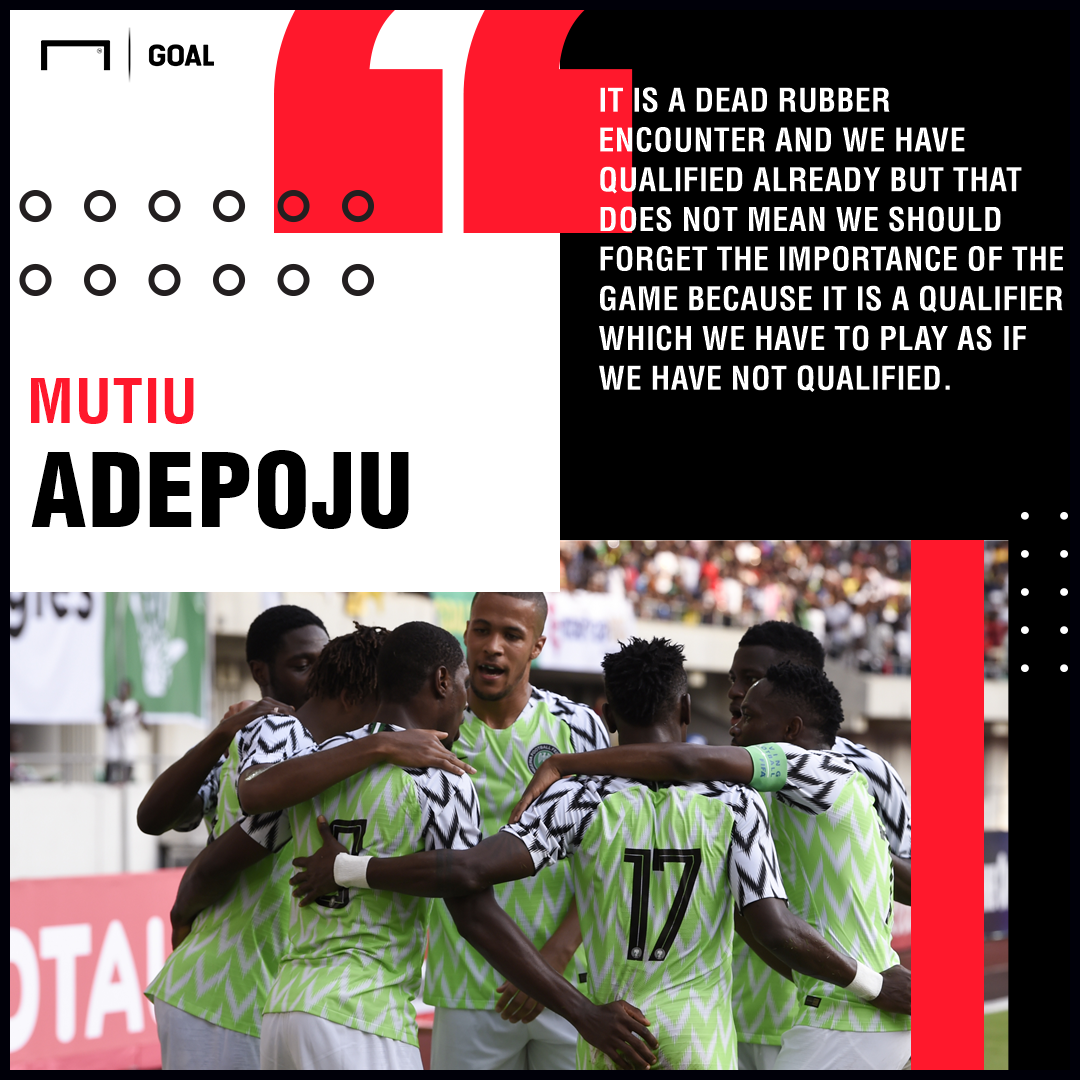 Rohr resorted to a familiar 23-man squad for Friday’s clash with Midtjylland’s Paul Onuachu and Enymba duo of Valentine Ozornwafor and Ikouwem Utin the only players handed debut call ups.

While many insisted that German tactician should have added more new faces to his squad this month, the former Real Madrid midfielder reckoned that time for preparation is of vital importance.

“The Afcon is barely in three months and there’s not enough time to prepare so most of the players that are going to go should be among the players to play against Seychelles,” he added.

“Leaving all those [regular] players could amount to waste of time. All the matches from now on should be in preparation for the tournament we have ahead.”

On his expectation from the Super Eagles who are bound to return to the Afcon stage after a six-year absence, Adepoju said: “I expect a very serious game and playing the game as if we have not qualified and I expect to see how the players can play together.

“Definitely, expecting a win because no game is small and you have to play every game to win.”